We set out to review the top 10 business smartphones for 2014 so you know what device is right to buy for you. While some of devices didn’t quite make the cut to our top 10, we felt they were worth a series of five shorter reviews. We continue our reviews here with the Samsung Galaxy Alpha.

Samsung’s Galaxy series of phones have long been some of the most popular Android phones on the market. However, their all-plastic design, when compared to devices like the iPhone, makes them feel a little less premium than their price implies.

Samsung took that criticism to heart and recently released the Galaxy Alpha, and it is the first metal chassis Galaxy smartphone (it has since been joined by the Note 4).

It is also quite a compact phone with a 4.7-inch screen and is designed to appeal to users who aren’t interested in a large phone, which is what the majority of 2014’s flagship smartphones are. Let’s see how it stacks up and if it is a good choice for business users. 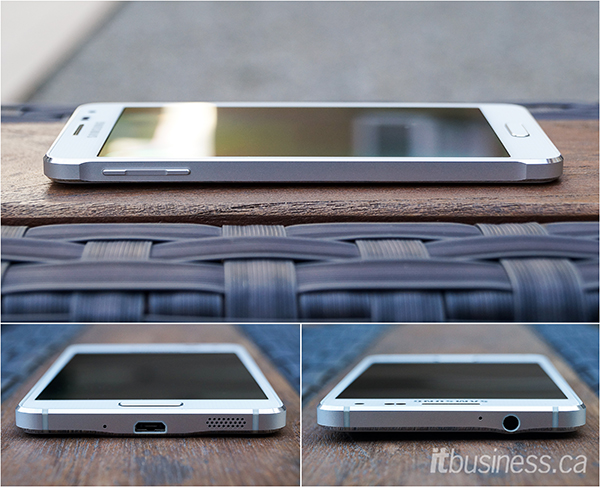 The design of the Galaxy Alpha with its metal sides makes it one of the best looking Samsung phones currently available and it comes in three colours – black, white and gold. We tested the white, but we think the black looks more professional for business users.

It is very thin and compact, quite a change from some of the giant-sized Android phones that have been coming out lately. It is also nice to see that it still has the standard Samsung feature of a removable back so you can swap out the battery.

Despite it being a ‘small’ phone, the Alpha’s specifications are still mostly top of the range. It has the same 2.45 GHz Snapdragon 801 SoC (system on a chip) as the bigger Galaxy S5 and many other current top-end Android smartphones. 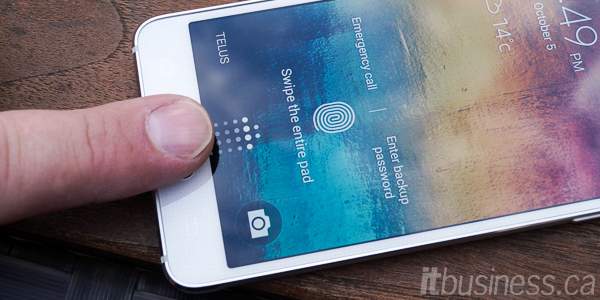 Like the Galaxy S5 and Note 4, the Alpha has a fingerprint scanner that can be used to log on to the phone, but also with third-party apps like LastPass and PayPal.

Its 12 MP camera uses Samsung’s ISOCELL sensor technology that includes super-fast phase detection autofocus. It takes good pictures (you can see a sample image below) and shoots up to 4K video. 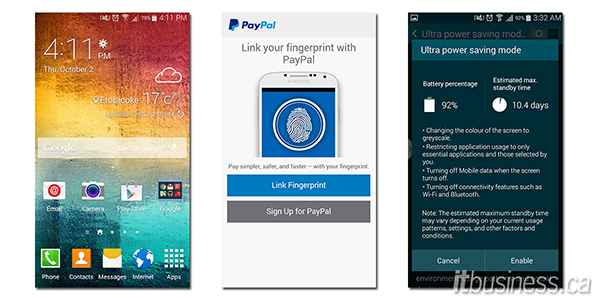 The Alpha runs Android 4.4.4 with Samsung’s TouchWiz UI, which is much improved this year and has less superfluous Samsung apps pre-installed. It has an ‘Ultra Power Saving’ mode that give you days of extra use in an emergency situation where you aren’t able to charge the phone.

The Alpha, like the Galaxy S5 and Note 4, supports Samsung’s Knox 2.0 suite of enterprise security and management features which we go into more detail in our review of the Galaxy S5. This makes the Alpha a great choice for enterprise users looking for a secure BYOD device that is a little more compact. 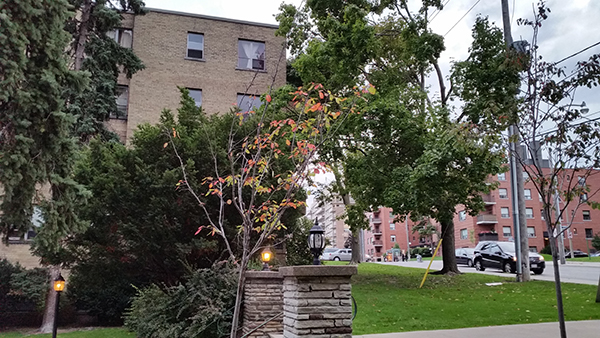 Its AMOLED 4.7-inch screen, while still reasonably crisp at 312 PPI, is just 720p and also uses a Pentile array, so isn’t as sharp when looked at closely. It would have been nice if Samsung had used a 1080p screen instead considering the Alpha’s price.

The battery is quite small (to keep the Alpha slim and compact), which means its life is only OK when not using a power savings mode. While it can still last a full business day, it doesn’t last nearly as long as other leading 2014 smartphones.

The Alpha does have a reasonably generous 32 GB of storage, but there is no microSD slot to add additional capacity. Also, the Alpha isn’t water or dust resistant, unlike its predecessor the Galaxy S5. The fingerprint scanner can be a little fussy too, often needing multiple swipes for it to recognize it your finger.

On the software side, since the Alpha runs Samsung’s TouchWiz UI over Android 4.4.4, it is likely to be some time before we see an update to Android 5.0 for it. Lastly at $700 outright it is a little expensive for what really is a mid-range device. Thankfully, it can now be acquired for $0 on a 2-year term from some carriers. 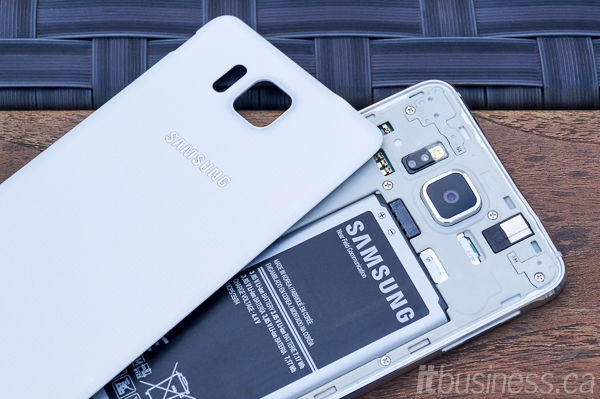 As one of Samsung’s first metal Galaxy Smartphones, the Alpha does impress. It looks great, is well made and is very compact. It also doesn’t compromise too many of its specs to get its size down – it’s just as powerful as other larger flagship phones.

Unfortunately, it is disappointing that there were some compromises (battery, screen) made since it is still priced like a high-end device. Still, we can recommend it for business users looking for a compact premium Android phone, but it didn’t quite make the cut to be one of our Top 10.