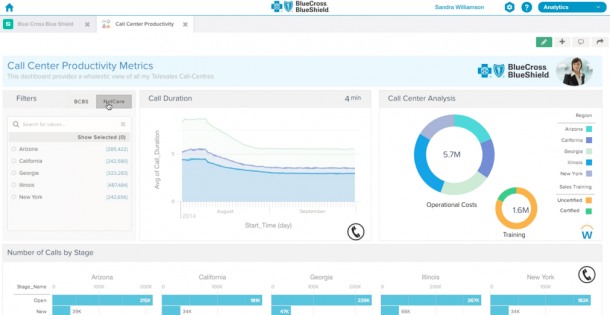 Salesforce.com Inc. announced updates to its Analytics Cloud on Thursday including new capabilities for mobile devices, and opened the doors on a new free trial of the software for mobile and desktop users.

Since San Francisco-based Salesforce.com launched its Wave Platform and the Analytics Cloud product that turns user’ data into easy-to-understand visualizations last October, it says that more than half of all queries have come from mobile devices. To cater to that trend, Salesforce is updating its Analytics Cloud app on the iOS and Android platforms with some new capabilities. Users will now be able to import their own data sets, analyze them, and build new dashboards to share analytics insights from their mobile devices.

Here are the new features that Salesforce.com is highlighting, expected to be released next month:

The free trial version (or “playground” version as Salesforce calls it) of the Analytics cloud can be accessed via desktop, or on Apple’s iPhone and iPad devices via the app as of today. The playground offers a tutorial, some example dashboards, and the ability to upload your own data and build dashboards if you register.

Got a booth at Dreamforce? You might be doing it wrong, veterans...

80 per cent of viewers to watch Super Bowl on at least...