Social media tools that can be adopted to boost business abound and for ground-breaking mountain bike adventure firm Sacred Rides, Facebook is proving to be the perfect travelling companion to success.

The Toronto-based mountain bike adventure company which offers cyclists of all levels tours to exotic locations such as Mexico, Peru, Chile, Guatemala, Croatia, Slovenia, and Fernie, B.C., made more than $500,000 in sales last year and attributes a sizeable portion of its online revenues to the Sacred Rides Facebook page.

The company got its start back in 1995 when Mike Brcic, an economics and history grad from the University of Toronto realized that the Fernie, B.C. mountain trails near the ski grounds he worked as a ski instructor would make an ideal bike trail during the summer. From that first trail in Fernie, Sacred Rides branched off to sites such as Peru, Chile, and Mexico where local guides employed by the company take cyclists on mountain bike tours. 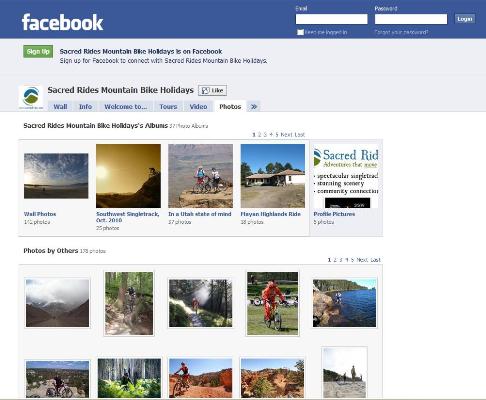 Sacred Rides made no less than $500,000 in sales last year and continues to experience revenue growth of about 30 per cent each year, according to Brcic. The founder opened a Facebook page for Sacred Rides about four years ago as a way to integrate a social media component to the company’s online strategy. To date, the company’s Facebook page has nearly 5,000 fans.

Fifty per cent of the company’s clients are current and referred customers, another 50 per cent learned about Sacred Rides through the Internet. “About 30 per cent of our online customers reached us through Facebook,” Brcic told ITBusiness.ca. “We made as much as $40,000 in revenues through our Facebook page and Facebook Ads and make as many as 150 to 200 additional connections per week through this channel.” 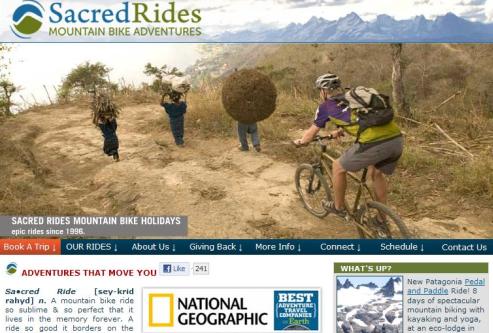 Facebook Ads are much like Google AdWords, the search engine’s advertising product that offers pay-per-click and site-targeted advertising for text and banner ads.

“The AdWords targeting that most of us are familiar with is by keyword (content). The basic targeting options on Facebook are demographic; everything from gender to birthday,” she wrote in a recent blog.

She said Facebook uses a keyword filter that is based on items listed in the profiles of Facebook users.

Rather than an advertising blast mechanism, Facebook Ads are shown only to a very specific group of Facebook users. This, Roberts said, is ideal for companies that are mounting a highly targeted campaign for age demographic or audience based on their preferences for things such as entertainment, food, activities or causes.

“I use Twitter, I blog, and I also post videos on YouTube. I find that Facebook is able to incorporate the best features of these three tools and create customer connections ideal for what I am doing with Sacred Rides,” he said. 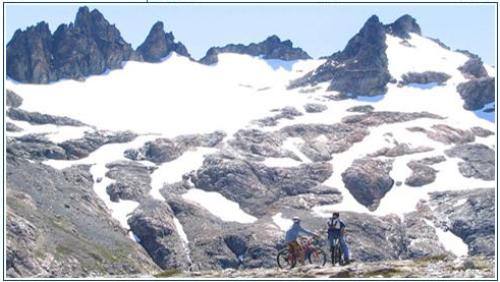 For instance, while Twitter is ideal for quickly announcing events or offers, the micro-blogging site does not facilitate the ideal viral conversation that Brcic believes many Sacred Rides clients want. Blogs enable Brcic to share his thoughts but feedback is not as spontaneous as on Facebook. Sacred Rides guides are able to show off videos of exciting trails on YouTube but Brcic finds it hard to connect viewers back to the Sacred Rides site.

In contrast, Brcic is able to post announcements, videos, pictures, greetings and links to video and other content on Sacred Ride’s Facebook page. More importantly Brcic found that Sacred Rides clients were more ready to engage the company, their friends and first time visitors on Facebook.

“We found that the Facebook channel was the most popular platform for our customers to share their experiences even with non-Sacred Rides customers through photos, videos and comments,” Brcic said.

One avid Sacred Rides customer agrees. John Brownlow, founder of Deep Fried Films, a festival for independent and short films, said he took his first Sacred Rides adventure a few years ago when the company did not have a Facebook page yet.

“Much of the public’s knowledge about Sacred Rides comes through word-of-mouth from people who have done it,” he said.

“But seeing people’s Facebook posts, their photos and videos, provides first clients the best preview of what they could be in for,” Brownlow said. He said Facebook posts answer the important questions such as:

“Putting there stuff out on Facebook also earns Sacred Rides a great deal of respect with clients because it means they are committed to transparency,” Brownlow said.