Salesforce.com Inc.’s deal to buy Toronto-based Rypple proves Canadian startups can compete with the best in Silicon Valley – but don’t necessarily have to move there to do it, Canadian startup watchers say.

Salesforce.com said Thursday itwill pay an undisclosed sum to acquire Rypple, whose Web-based humanresource software is used by clients such as Facebook Inc. The dealwill give Salesforce.com a cloud-based foothold in the human capitalmanagement (HCM) space. For Rypple, which will become part ofSalesforce.com’s new Successforce unit, being acquired by a U.S. giantwith over 100,000 customers means huge new exposure for its productsand services. 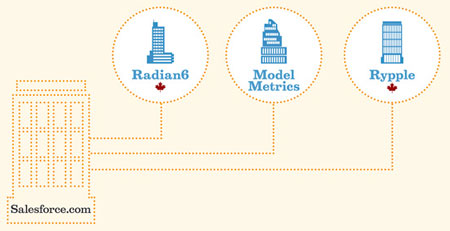 “This gives the visibility and reach of our solution a huge lift and itwill accelerate our plans to make (Rypple and Salesforce.com) productswork really well together,” said Rypple co-CEO and co-founder DavidStein, noting that Salesforce.com was already looking at Rypple’ssolutions for its own internal use, which helped bring the deal about. 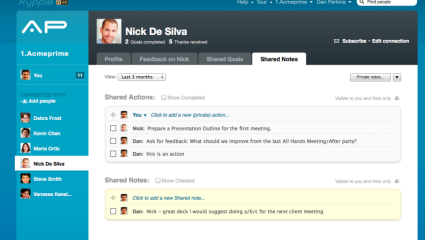 Rypple is the second Canadian firm bought this year by Salesforce.com.It paid $326 million in March for Radian6, a social media monitoringfirm based in Fredericton, N.B.

“They seem to have an affinity for Canada,” Stein said of Salesforce.com.

The Rypple transaction caps a “banner year for Canadian startups” that is likelyjust a preview of more acquisitions of Canuck firms to come, said SarahPrevette, founder of Sprouter, a Toronto-based socialnetworking advice site for entrepreneurs which was acquired byPostmedia Network Inc. for an undisclosed amount in October.

“It’s very exciting to see all these incredible (Canadian)entrepreneurs get the attention and accolades from big businessesaround the world,” said Prevette. “It’s a trend that’s going tocontinue (due to) the maturation of the startups here and acrossCanada. We have an incredibly talented workforce that’s come into itsown and people are paying attention.”

That optimism is shared by Anthony Lee, co-founder of the C100, a group of Canadian moversand shakers in Silicon Valley providing mentorship and connections toCanadian tech startups.

“I think the last year or two the Canadian brand has completely changedhere in Silicon Valley. There’s growing awareness among investors andacquirers that there are a lot of very exciting companies up in Canada.And in particular, people know that Canadian companies have verystrong, well engineered products and terrific talent,” said Lee, aSudbury native who relocated to Vancouver and is now a general partnerat the financing firm Altos Ventures in Menlo Park, Calif. 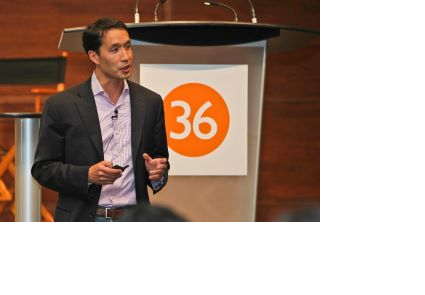 The Rypple announcement also bolsters the case for Canadian startupsbeing able to make it big from right here at home, Lee added.

“I don’t think they should necessarily move to the Valley,” Lee said.“If you’re in technology it’s important to be part of the Valley scenethrough networks like C100, through developing relationships withcorporate partners, investors and entrepreneurs. But you see greatcompanies like Radian6 that don’t uproot their entire staff from NewBrunswick to move down here.”

Having been around the acquisition block once before, Stein waxedphilosophically on the need for Canadian startups to keep their witsabout them in the face of having scads of cash waved in front of themduring buyout offers.

“We did have a number of parties over time that reached out,” he saidof past acquisition offers for Rypple.“But for us not to be independent anymore, it’s gotta make a lot ofsense. It’s not about the money, but making our product used by morepeople…For these deals to work you need to have a great cultural fit.When the cultures aren’t aligned it’s much more difficult to besuccessful.”