From Twitter hashtags to Google videos to events inviting youth to see how a tech office runs, major tech brands made a concerted effort to recognize this year’s International Women’s Day. A few of our favourites are below.

Chances are if you visited Google’s homepage today, you saw this video: a transcontinental journey asking 337 women and girls in 13 countries, including such luminaries as naturalist Jane Goodall and Nobel Peace Prize winner Malala Yousafzai, to complete the sentence, “One day I will…”

Meanwhile, the good folks at Twitter produced a video honouring the many women who inspire them. (The most popular answer? Mom.) 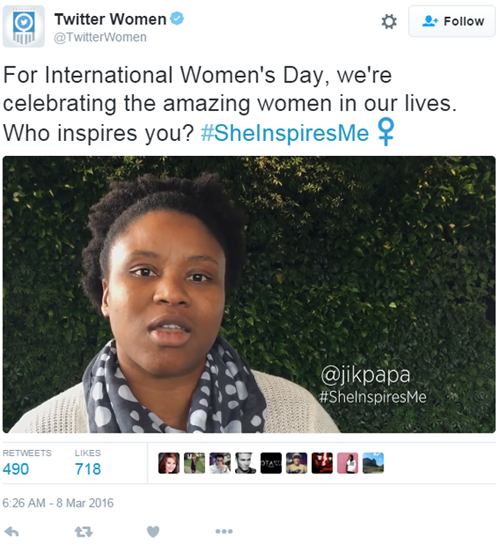 Through its Facebook Stories arm, the social media giant partnered with photographer Mihaela Noroc to capture the stories of seven women around the world who are trying to make the globe a more equal place:

You can watch Facebook’s official interview with Noroc, conducted by Time Magazine’s Callie Schweitzer, below.

Posted by The Atlas of Beauty on Tuesday, 8 March 2016

Microsoft Corp. took a similar tack, unveiling a series of portraits showcasing nine Canadian women who have used the company’s technology on their paths to success, alongside the female executives who make up Microsoft’s Canadian leadership team – including Microsoft Canada CEO Janet Kennedy, pictured below (right) with B5 Media CEO Elaine Kunda (left). 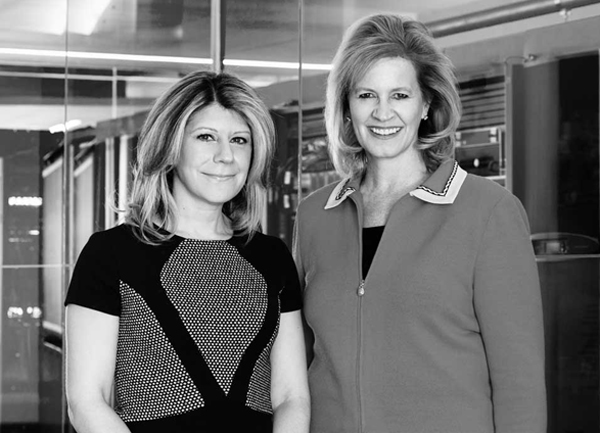 To support this year’s theme for International Women’s Day, Step it Up for Gender Equality, multinational tech giant Cisco Systems, Inc. will be hosting Girls Power Tech (below), a one-day event that invites thousands of girls between the ages of 13 and 19 to visit more than 90 Cisco locations across 56 countries to learn more about the industry and how their careers can lead there. 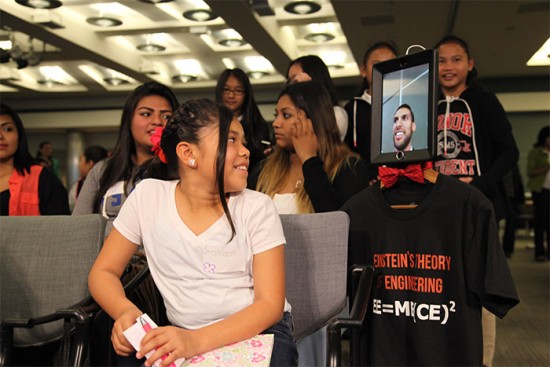 Ryerson’s DMZ: A Panel from the Margins

Closer to home, Ryerson University’s DMZ is collaborating with TechGirls Canada to present “A Panel from the Margins: 2016 and Still Missing at the Table,” a seven-person panel that will discuss the “ethics of diversity, challenges of being outliers in our sectors, and our responsibilities to each other to ensure there is equity in their efforts towards equality,” according to co-organizer Saira Muzaffar, TechGirls’ head of strategy and outreach.

Boasting such guests as former politician Olivia Chow, journalist Desmond Cole, and Wealthsimple’s head of product and design, Huda Idrees, the March 8 event is already sold out – but readers will be able to watch a livestream here.

Eric Emin Wood
Former editor of ITBusiness.ca turned consultant with public relations firm Porter Novelli. When not writing for the tech industry enjoys photography, movies, travelling, the Oxford comma, and will talk your ear off about animation if you give him an opening.
Previous articleToronto startup BitGold powers new digital payments platform with real gold
Next articleNew mobile feature lets Google act as your travel agent