Rogers Communications Inc. will be the exclusive Canadian dealer for certain Windows 8 and Windows Phone products under a new partnership with Microsoft Corp.

In the deal announced Friday and reported by the Globe and Mail,devices offered exclusively by Rogers will include the Samsung ATIVSmart PC tablet and two smartphones: Nokia’s Lumia 920 and HTC’sWindows Phone 8X (8GB). 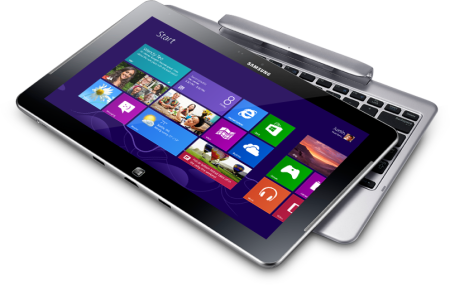 Rogers will be the exclusiveCanadian dealer of Samsung’s ATIV Smart PC tablet (above). (Photo:Samsung)

Rogers will also carry other Windows-basedphones for its LTE network that will be offered by competing Canadianproviders as well.

Besides being the exclusive carrier of some Windows devices and phones,Rogers will also enjoy a higher degree of co-branding and marketingactivities with Microsoft than its rival carriers will have access tounder terms of the deal.

Christine Wonghttp://www.itbusiness.ca
Christine Wong has been an on-air reporter for a national daily show on Rogers TV and at High Tech TV, a weekly news magazine on CTV's Ottawa affiliate. She was also an associate producer at Report On Business Television (now called BNN) and CBC's The Hour With George Stroumboulopoulos. As an associate producer at Slice TV, she helped launch two national daily talk shows, The Mom Show and Three Takes. Recently, she was a Staff Writer at ITBusiness.ca and is now a freelance contributor.
Previous articleAOL launches new Alto email tool
Next articleIntuit’s recipe for IT bliss: one room, two pizzas and 24 hours