Research in Motion released an update for the PlayBook OS today that boosts security features on the tablet.

The PlayBook OS 2.1 update adds full encryption for personal datastored on the PlayBook, an option that was already available forcorporate data, as noted in our source story from Computerworld. 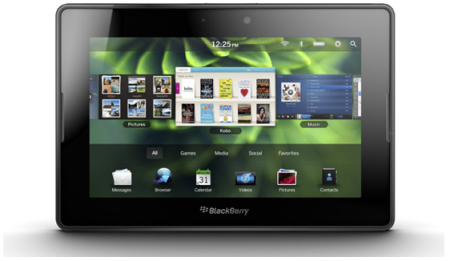 In another nod to the bring your own device (BYOD) trend, RIM alsoadded over-the-air enrollment of PlayBook devices to its Mobile Fusionservice and ActiveSync authentication, which both make it easier todeploy the tablets in the workplace. RIM also added support for highdefinition cameras and the ability to make in-app payments.

The update is available as a free over-the-air download for Wi-Fi-onlyPlayBook tablets.

RIM said it has sold 1 million PlayBooks so far.

Christine Wonghttp://www.itbusiness.ca
Christine Wong has been an on-air reporter for a national daily show on Rogers TV and at High Tech TV, a weekly news magazine on CTV's Ottawa affiliate. She was also an associate producer at Report On Business Television (now called BNN) and CBC's The Hour With George Stroumboulopoulos. As an associate producer at Slice TV, she helped launch two national daily talk shows, The Mom Show and Three Takes. Recently, she was a Staff Writer at ITBusiness.ca and is now a freelance contributor.
Previous articleMobile ads, videos gain ground on desktop campaigns
Next article‘Malnets’ blamed for two thirds of all cyberattacks this year