Research in Motion said its Be Bold cartoon superheroes unveiled in a recent blog infographic were always “intended to be a bit of fun” and are not a new ad campaign.

The BlackBerry maker, in an update posted Tuesday, admitted that its original blog, posted last week, had received “a lot of attention over the last couple of days.” 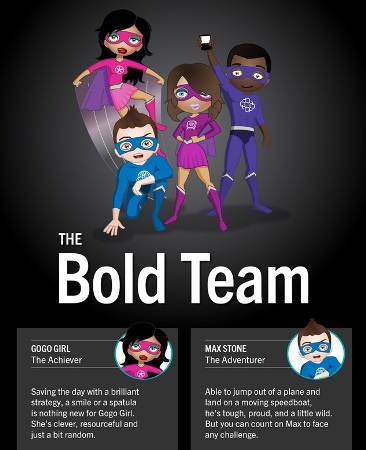 Will these super heroes save RIM?

RIM’s updated blog explained how the Be Bold concept evolved, starting with RIM’s asking BlackBerry Twitter followers to submit New Year’s Eve resolutions on how they plan to “Be Bold” in 2012. RIM said it received 35,000 such resolutions via Twitter, Facebook and on giant billboards in Times Square.

“As we looked at the resolutions and the data, majority patterns and categories emerged,” the updated blog note says. “We decided to organize the data and share it in a fun way and the result is the infographic. This is not a new ad campaign.”

By virtue of calling the event “Be Bold” in 2012, and creating its youthful superhero cartoon, RIM was hoping to associate young users with its Bold line of smartphones. 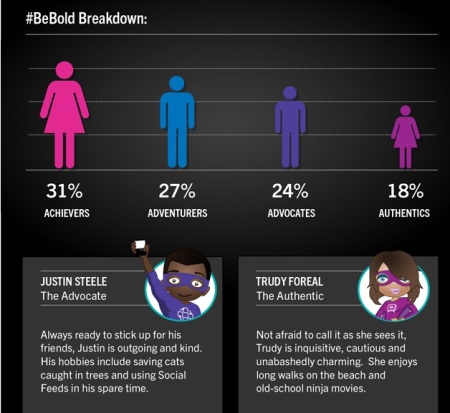 Marketing its smartphones to younger users, especially in the U.S., has been a major strategy for RIM for years. RIM’s traditional base has always been with workers familiar with its physical keyboard BlackBerry devices.

Matt Hamblen covers mobile and wireless, smartphones and other handhelds, and wireless networking for Computerworld. Follow Matt on Twitter at @matthamblen or subscribe to Matt’s RSS feed . His e-mail address is [email protected] .