Research in Motion has already missed the SMB sweet spot created by the BYOD trend and new CEO Thorsten Heins will have to play catch up to recover, some analysts say.

In his first public statements made Monday after replacing co-CEOs JimBalsillie and Mike Lazaridis, Heins talked a lot aboutenterprise-focused RIM making a bigger push on theconsumer side. Buthe made little indication of where the SMB market factors into RIM’sfuture game plans.

“Just based on what Heins said (Monday) morning, Idon’t expect therewill be a significant shift towards SMB,” said Mark Tauschek, leadanalyst at the Info-Tech Research Group in London, Ont.

“The big change for them is going to be a focus on the consumer and Ithink that will include a significant marketing push. That couldtranslate possibly into some small or mid-sized business initiatives tosupport that and to make a bigger move into that sort of space. Butit’s hard to tell at this point,” Tauschek said. 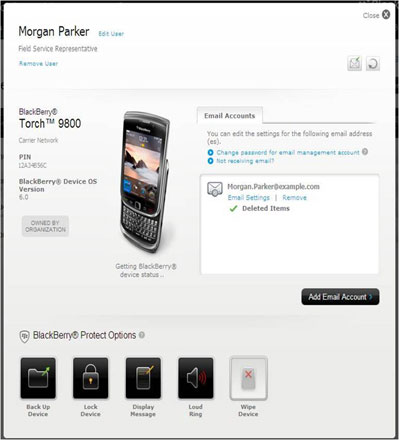 RIM’s BMC system for SMBs may havebeen too little too late.

RIM’s last big foray into the SMB space was the launch of itsBlackBerry Management Center (BMC) last summer. The free cloud-basedservice lets SMBs manage up to 100 company- or employee-ownedBlackBerry smartphones.  The smartphones can be remotelybacked up, locked down or wiped with BMC, reminiscent of features foundon a larger scale with BlackBerry Enterprise Server(BES).

“When they launched (BMC) last year it was supporting BlackBerrydevices but not other platforms,” Napier said. “The issue movingforward is that SMBs are incredibly less likely to rely on a singleplatform and a single form. It’s all part of the trend we’re seeingtowards BYOD… (RIM) has to look at it from the user’s perspective.”

Although RIM was once the overwhelmingly dominant choice in theenterprise, those days are waning as employeeschoose to bring theiriPhones and Android smartphones to the office. In its most recentfigures from Q3 of 2011, Gartner Research reports that BlackBerry OSphones had a global market share of 11 per cent, down from 15.4 percent a year earlier. (iOS’s share fell as well, from 16.6 per cent to15 per cent, due to a surge in Android OS share that more than doubledfrom 25.3 per cent to 52.5 per cent.)

RIM’s new CEO must acknowledge that the BlackBerry is no longer theking of the corporate mobile device world, Tauschek said.

“It’s about what those (employees) want to have in their hands. It’snot about ‘We’re going to issue you a BlackBerry’ anymore,” Tauscheksaid.

How RIM can target SMBs now
RIM hasn’t ignored the BYOD trend completely. At the end of last yearit unveiled Mobile Fusion, a mobile devicemanagement (MDM) system foriOS and Android devices as well as the BlackBerry OS. But the productisn’t targeted specifically to SMBs and according to RIM pressmaterials, Mobile Fusion may not be available widely until late March(it’s still in beta now). That may be too little too late since severalMDM systems for multiple platform use are already being offered byvendors like McAfee Inc., Sybase Inc. (a division of SAP) and Zenprise.

“Where (RIM) really fell down was they completely missed theconsumerization of IT trend and BYOD,” Tauschek said. “They’re tryingto make up for it now but it came out of left field for them. Theyshould’ve seen it coming. They’re playing catch up there.”

“We saw what happened when (service) went down last fall. That affectscredibility, especially with small businesses that can’t afford to bedown for three days. It’s really important for (RIM) to continue toinvest in that,” Napier said.

As of our publication deadline, RIM had not responded to an interview request.

Christine Wonghttp://www.itbusiness.ca
Christine Wong has been an on-air reporter for a national daily show on Rogers TV and at High Tech TV, a weekly news magazine on CTV's Ottawa affiliate. She was also an associate producer at Report On Business Television (now called BNN) and CBC's The Hour With George Stroumboulopoulos. As an associate producer at Slice TV, she helped launch two national daily talk shows, The Mom Show and Three Takes. Recently, she was a Staff Writer at ITBusiness.ca and is now a freelance contributor.
Previous article
The first ‘to do’ item for RIM’s new marketing chief [Express IT]
Next article
Joomla upgraded with new search, database options