Environmental groups in China criticized Apple on Wednesday, alleging that it is employing suppliers that are damaging the environment and threatening the lives of residents. Apple, however, maintains the company has been vigilant in ensuring all its suppliers follow environmental safety requirements.

The watchdog groups, which include the Institute of Public and Environmental Affairs, released a report after conducting a five-month investigation on electronic suppliers that they believe are used by Apple.

In the Chinese city of Kunshan, accessory manufacturer Kaedar Electronics and printed circuit board maker Unimicron have allegedly been discharging waste water and harmful gas from their plants, causing nearby residents to worry about their health, according to the report. 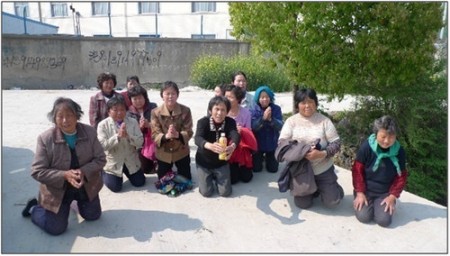 Residents beg for help to stop Kaeder Electronics and Unimicron from polluting their village.

In April, the environmental groups spoke with the residents. “Over the ten-year period, many people have fallen sick, with a sharp increase in the village’s cancer rates,” the report claims. Since 2007, more than nine people have suffered or died from cancer in the village, which has a population of less than 60.

Meiko Electronics, a Japanese company that builds printed circuit boards, was also found to have polluted a lake in the Chinese city of Wuhan with copper and nickel, according to tests carried out by the environmental groups in April. The lake directly feeds into the Yangtze River, which is China’s longest river.

Apple declined to say if the companies named were in fact its suppliers. But in response to the report, company spokeswoman Carolyn Wu said “Apple is committed to driving the highest standards of social responsibility throughout our supply base.”

Apple does this by regularly conducting audits and working with suppliers to correct violations, according to the company’s 2011 supplier responsibility progress report. In 2010, the company audited 127 facilities and found that 89 per cent of them had waste water management practices in compliance with Apple’s requirements. 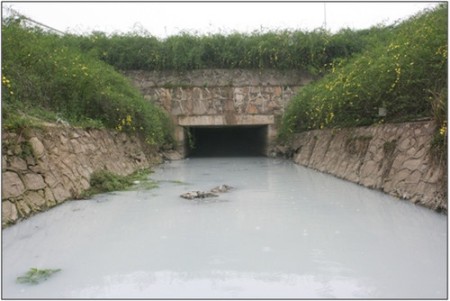 Kaedar Electronics, Unimicron and Meiko could not be reached for immediate comment.

The environmental groups have criticized Apple before. In January, the groups released a report providing cases of where Apple suppliers violated environmental regulations in China. The report also pointed to an incident involving workers poisoned by poor working conditions at a supplier’s factory.

Following the report, Apple restated its pledge to provide safe working conditions among its suppliers.

The environmental groups’ newest report also investigated Foxconn Technology, which builds iPhones and iPads. One of the company’s industrial parks in the Chinese city of Taiyuan emits air pollution that contains irritants, causing residents to complain. Following local government action, Foxconn halted part of their production line at the industrial park, according to the report.

Foxconn said in a statement the company is committed to abiding by the laws to ensure the environment’s protection. “We work closely with local government and environmental protection officials to monitor the performance of each and every one of our facilities,” the company said.