Shareaholic’s numbers indicate that Pinterest beat Twitter during the month of February. Pinterest remains an invite-only site. Shareaholic’s data is based on analytics from 200,000 publishers in its catalog which reach about 270 million unique visitors per month.

Twitter and Pinterest, however, cater to slightly different audiences. While Twitter is a share-heavy platform, it focuses on text and linked updates that are 140 characters long. Pinterest is a “digital collage” of photo and link sharing post that is “naturally inclined to drive referral traffic,” wrote Aronica. 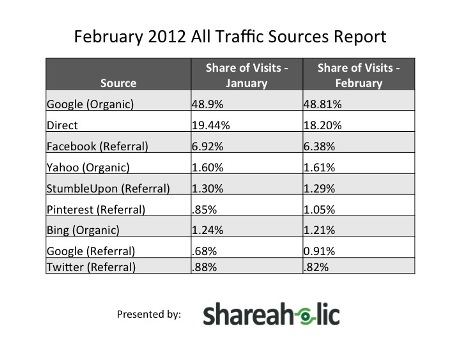