This morning ITBusiness.ca broke the news of the layoffs atFredericton, N.B.-based Radian6 in a phone call to Martell, theMoncton, N.B.-born CEO of Clarity, prolific angel investor, and mentorto 500Startups and GrowLabs. Just coming off two weeks of travel, hehadn’t heard the newsyet. But just seconds after registering his initial surprise, Martellhad a message for laid off workers at Radian6.

Although any sizable layoffs on the east coast tech scene are obviouslya sad thing to behold, Martell said it also represents a hugeopportunity for other local companies to snap up that laid off talentand grow their own operations.

“We have world class engineers in New Brunswick and world classcompanies being built. All of us are hiring,” Martell said. “The ebband flow of employment is the ebb and flow of building a community.Usually (a layoff) nets out in a more vibrant outcome. There’s nobetter time for it to happen because everyone else is hiring.” 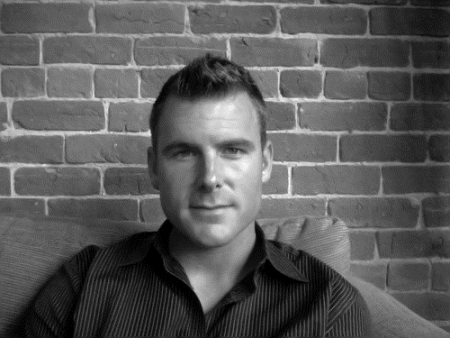 “I’m hiring and I’m in thatregion,” Martell (above) wants to tell laid off Radian6 staff.

Martell isn’t the only one thinking about hiring the freshly unemployedRadian6 staffers. A stream of tweets offering jobs to ex-Radian6workers flooded Twitter yesterday as news of the cutsat Salesforcetrickled out. Interestingly (though not surprisingly) many tweeted joboffers came fromcompetitors of Salesforce, including Attensity, Adobe Marketing Cloud,Alterian and Sysmos. Have a look at the job offer tweets aggregatedhere by Eric Tung.

There’s probably more startup infrastructure and financingavailable right now on the east coast than ever before, Martell added,pointing to thegrowing local supply of accelerators, startup events and venturecapitalist firms. And area investors who scored big after theacquisitions of Radian6 and Q1 Labs (bought by IBM last year for anundisclosed amount) are nowflush with cash they can invest in new startups in the region, he said.

The combination of newly unemployed tech talent seeking work andwealthy investors looking for a place to put their money willlikely spark another wave of startup activity, Martell predicted.
“(Laid off Radian6 workers) have this awesome DNA to replicate that(success) and do it for themselves if they take that energy and fliparound a negative experience,” Martell said. “There’s more than enoughinvestment money right now because a lot of people had liquidity fromthat (Radian6 acquisition) outcome. There’s a lot of great things goingon.”

By the numbers
Still, a lot of questions remain unanswered. Here’s a look at theSalesforce/Radian6 situation, by the numbers.

Less than 100:The number of people laid off globally yesterday fromSalesforce, the U.S.-based parent company of Radian6.  Sincethat’s the only number provided so far by Salesforce, no one’s sureexactly how many Radian6 jobs have been lost. Early reports say the jobcuts also included some staff at Buddy Media, a New York firmSalesforce bought this past summer.

300: Numberof new jobs Radian6 recently said it would create inFredericton and Saint John, N.B. over the next five years.

$3.8 million:Amount Radian6 received from the New Brunswick governmentin the form of payroll rebates in exchange for planning  tohire those 300 locals in the next few years.

Questions that remain include: is Radian6 being hollowed out to helpstaunch the financial bleeding at Buddy Media? Should – or will –Radian6/Salesforce pay back the $3.8 million in payroll rebateincentives from the New Brunswick government? Do these layoffs signalserious financial or operational trouble bubbling up within Salesforce?We’ll stay tuned for some answers.

Christine Wonghttp://www.itbusiness.ca
Christine Wong has been an on-air reporter for a national daily show on Rogers TV and at High Tech TV, a weekly news magazine on CTV's Ottawa affiliate. She was also an associate producer at Report On Business Television (now called BNN) and CBC's The Hour With George Stroumboulopoulos. As an associate producer at Slice TV, she helped launch two national daily talk shows, The Mom Show and Three Takes. Recently, she was a Staff Writer at ITBusiness.ca and is now a freelance contributor.
Previous articleMicrosoft launches Windows 8
Next articlePrivacy commissioners issue guidelines for mobile apps