Just as it enjoys an initial surge of popularity, a new social networking site called Pinterest is also experiencing its first bout of controversy. Observers are accusing the site of secretly embedding code in user content to generate revenue.

In a blog entry postedTuesday, Josh Davis detailed how the company embeds trackingcode into links users post on their Pinterest pages.

According to Davis, when a user posts, or pins a link to an e-commercesite that Pinteresthas a business relationship with, Pinterest willappend to the link tracking code for that e-commerce site. Pinterestthen gets paid whenever someone purchases an item that has been pinned.Other bloggers havecommented on this practice before, but it received relativelylittle attention prior to Davis’ own post. 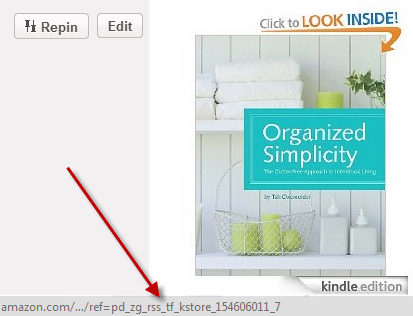 This practice is problematic in that Pinterest made no disclosure aboutthe practice to its users, Davis charged. “Pinterest likely shoulddisclose this practice to users even if they aren’t required to do soby law, if only to maintain trust with their users,” Davis wrote. Otherusers have expressed concern as well. “I’m more than happy to allowPinterest to make money from my pins … But I feel like a disappointedparent … because I wish they would have just told me,” wroteBlogWorld contributor Allison Boyer.

The charges are coming about as Pinterest is undergoing a massive surgein popularity. While still in a closed beta stage, the site saw almost11 million visitors in one week in December, almost 40 times the numberof visitors sixmonths prior, reported analysis firm Hitwise.

Grappling with freemium model
Industry observers have attributed Pinterest’s rapid gain in popularityto the fact it was first adopted by general users rather than by theusual but smaller crowd of more technically savvy Web 2.0 earlyadopters. Pinterest (most often pronounced “PIN-terest”) describesitself as an online pinboard, in which users can pin items of interest,such as photos or links to news stories, into boards organized bytopic. The boards, each represented by an icon or image, then can beviewed, commented upon and added to by others. The approach can offer apowerful way of organizing large amounts of information.

Users shouldn’t be too surprised at Pinterest’s attempt to monetizetheir content, warned author AndrewKeen, whose “Digital Vertigo,” due in May, addresses thetopic of how social networks use and misuse their users’ data. “Thereare so many controversies like this. It reflects a problem with allthese social media sites,” he said, likening the outrage aroundPinterest to a similar kerfuffle now unfolding around mobilesocial-networking company Path’s practice of uploading user addressbooks to its server.

In both cases, “the services are free, and it is ourdata that arevaluable to companies,” Keen said. “All these companies are in the samesituation, because they can’t charge for their products, they have tofigure out ways to generate revenue.”

People often fail to understand they are submitting personal data tocompanies “because such companies articulate their messages in utopianterms of communication and authenticity. People – and maybe even thecompanies themselves – forget they are businesses. Data is the new oil,and users have to be very careful,” Keen said.

Joab Jackson
Previous articleSamsung Galaxy Note: anything but a ‘me too’ device
Next articleGoogle launching Dropbox killer?