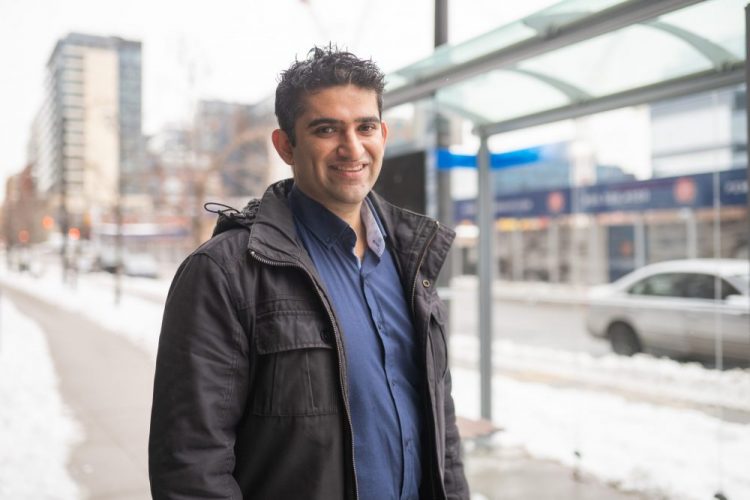 Pantonium’s EverRun software allows transit riders to suggest pick up and drop off times and wait for AI to find an efficient route to get them where they need to go in the least amount of time. It’s not Uber but it could be the next step in reducing the environmental impact of transit.

When it comes to climate change, people love a sexy environmental solution. They love an innovation that is new and sleek, something that sounds futuristic and rattles the status quo. But is that what we need?

“A lot of times people forget the ways we operate right now, if you can make it better and more effective, it can have a much bigger impact,” says Remi Desa, who co-founded transit optimization startup Pantonium alongside Khun Yee Fung.  “Getting more people to take public transit reduces the vehicles on the road – it’s good for the city, it’s good for the environment, it’s good for parking, and it’s good for congestion.”

Pantonium isn’t sexy. AI-powered route optimization software for fleets of vehicles providing shared people transportation doesn’t exactly roll off the tongue. But the startup’s EverRun AI dispatch system, which uses mobile apps to track vehicle locations and rider trip requests, adjusting the route according to demand rather than following a fixed path has the ability to change the way people ride transit. In fact, it already is.

Belleville, a city of 50,000, piloted the program in 2018, adopting Pantonium’s software for its late-night routes. Riders schedule a ride noting whether their pickup or drop-off is more important and the software does the rest of the work, creating an efficient route and getting people to where they need to go. According to Pantonium, since introducing the app, the city has seen a 300 per cent increase in ridership, a 70 per cent increase in a service area, and a 30 per cent decrease in vehicle mileage.

“The bottom line is providing more convenience,” says Desa. “We believe public transit works well designed well and it hasn’t been… it hasn’t been modernized to people’s needs.”

Platforms like Uber and Lyft have carved out market share, and taxi companies have started to modernize their ride-hailing process. But Desa firmly believes transit will still dominate with its price point.

“If we can give people more convenience, allow them to go where they need to go at the time they want to get there, pick them up when they want to get picked up and do it in a way that more cost-effective for the city (we’ll) bring in more riders.”

The startup is currently working with six cities, a number Desa expects to hit 10 over the next couple of months. But Toronto, he says, remains elusive. “The big problem is density.”

In a city like Toronto, there are dense areas where running a bus in a continuous loop makes a lot of sense. There’s just so many people that the model works. “That’s the most cost-effective solution to move a large group of people,” he says. But once you start getting to areas like Leslieville or Midtown where the density ebbs, it’s a different story, especially at night as routes start to slow down and see ridership wane. “Where our technology really works well is when you’re going across areas of different demands, different densities… there’s a very small percentage of megacities where you have that density that it makes sense to have a subway system that covers all those areas.”

Pantonium’s focus on smaller to mid-size cities hasn’t prevented it from tapping into Toronto’s resources as a startup. The startup leveraged support from Toronto’s Flow Ventures, MaRS, and government grants.

“There’s a great amount of talent is in Toronto, people (coming from) different places,” says Desa. “I think having different perspectives is very helpful as a startup. You’re constantly trying to learn. It’s a constant evolution.”