The agency in charge of promoting Ottawa’s technology sector has a new name and a new mandate as of today.

Related Story | OCRI president: Debate over skills shortage is over

It’s more than just a renaming, however. While OCRI was more of atraditional member driven industry association that lobbied on ITissues in addition to providing incubator services for high techstartups, Ottawa mayor Jim Watson is tagging Invest Ottawa with a widermandate as “the flagship of the city’s $5.5 million annual economicdevelopment strategy,” according to a news release put out today. Asco-chair of Invest Ottawa, Watson will take a more hands-on role at theorganization, which will receive the bulk of its funding from local andfederal government. 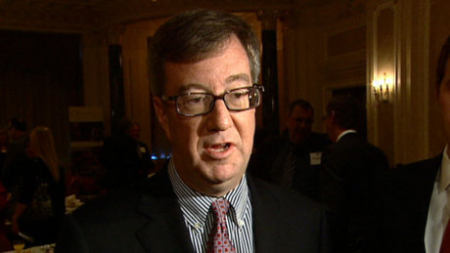 In an interview with ITBusiness.cabloggers Leo Valiquette and Francis Moran soon after taking the top jobat OCRI, Lazenby acknowledged that the organization had not been doingas great a job, in his opinion, of courting young talent and startupsas it had of catering to older, more established veterans of Ottawa’stech scene.

In line with that thinking, Invest Ottawa will putmoreemphasis than OCRI did on encouragingstudents at Ottawa colleges and universities to stay in the city aftergraduation to start their own businesses there, according to the newagency’s Web site. Another difference is that Invest Ottawa will trackits performance through an annual review process based on milestoneslike number of jobs created, dollars invested, training programsdelivered and square footage leased.

Ottawa’s tech sector has grown exponentially since OCRI was launched in1985. By 1995 there were over 500 tech firms in the city and in 2011the number had ballooned to almost 2,000. Although IT’s prominence as ajob creator took a dip after the dot com bubble burst in the late 1990sand early 2000s, the tech sector is still a key ingredient tooffsetting Ottawa’s reliance on public service employment.

In his latest version of the Creative Class Index, Rotman School ofManagement professor Richard Florida ranked Ottawa thebest overallcity in Canada based on his three T’s theory that technology, talentand tolerance are necessary elements for a world class city.