How do you solve Canada’s venture capital crisis?

That’s the half-billion dollar question Ottawa is posing to leaders ofthis country’s finance, startup and business communities. Federalfinance minister Jim Flaherty announced $400 million in funding tojumpstart the nation’s sagging VC sector in his last budget. Now he’sasking for ideas on what to do with the money.

A few things are crystal clear. One is that Canada’s VC sector isstruggling. 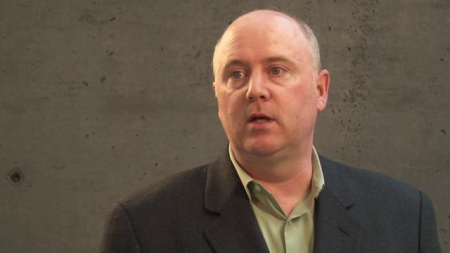 The other given is that Flaherty wants to find a private sectorsolution to the VC fundraising slide.  Though he’s committedto coughing up $400 million, Flaherty stresses in his official call forconsultations that the money will be used “to help increase privatesector investments in early-stage risk capital, and to support thecreation of large-scale venture capital funds led by the privatesector.” What’s still up in the air is exactly how that private sectorsolution will be structured, and what kind of an arm’s length role thefederal government will play in it.

July 27 was the deadline forsending Flaherty suggestions on how tospend the $400 million. We contacted some prominent members of Canada’sVC and startup communities who made submissions to Flaherty. Then weasked for their two cents on how the 400 million bucks should be usedto revive Canada’s ailing venture capital lifeline.

Stephen Hurwitz, VC lawyer
Aside from his legal practice, Hurwitz co-founded a VC industry eventcalled theQuebec City Conference and authored a white paper on foreign privateequity for the Canadian think tank C.D. Howe Institute. But his U.S.roots are obvious from his accent. And Hurwitz is no shy foreignerbashfully whispering his opinion on a distinctly Canadian issue. Hejust lets it fly.

“The growing portion of (Canadian) R&D funding has effectivelybecome a subsidy for U.S. technology,” Hurwitz says. “So a lot of theR&D is going to waste. (Canadian startups) wind up failing orbeing sold early in their lifecycles, frequently to U.S. technology.”

It’s hard to argue with that assessment when you look at the slew ofCanadian tech firms taken over by U.S. giants in the past couple ofyears such as Rypple, Radian6, OpenCal, ScriptLance, Dayforce, Q1 Labs,Varicent, and Bump Technologies. Canadian wunderkind Eric Migicovskyrecently described for a Toronto audience how he tookadvantage of thefederal SR&ED and IRAP tax credits here, then packed up andheaded for the big leagues in Silicon Valley before raising a record$10 million on Kickstarter for his Pebble smartwatch project. Now he’sbeing hailed as another Canadian hitting it big in the U.S.

To halt the take-the-money-and-run-(south) phenomenon among Canadianstartups, Hurwitz wants Flaherty’s new VC program modeled after Yozma.That 1993 program saw the Israeli government launch 10 VC funds worth$20 million each; 40 per cent of each fund was capitalized throughgovernment money with the remaining 60 per cent coming from privateforeign investors. Yozma is credited with Israel’s current rankingbehind Silicon Valley as the largest VC market in the world.

Hurwitz says Ottawa should help launch less than 10 funds so they caneach be larger scale. In his estimation, most Canadian VC funds aresub-$100 million and therefore too small “to take companies through allstages of growth.” He also says the program must mimic Yozma’s approachby seeking some foreign participation. In Canada, he wants the newprogram to actively recruit foreign VC fund managers with a trackrecord of large-scale VC success to partner with Canadian VC funds.

“A problem in Canada is an absence of a deep pool of experiencedCanadian venture capital investment managers with proven records ofperformance,” Hurwitz says. “We need to support the creation of theselarge scale funds by attracting top tier VC managers from the outsideto partner with talented Canadian managers in these funds.”

Those two steps would be crucial in getting more Canadian institutionalinvestors to back homegrown VC funds here, Hurwitz predicts.

Hurwitz applauds Flaherty’s plan to stay as hands-off as possible. Ottawa can play a role in using the $400 million to match dollar-for-dollar any initial VC investment laid out from private sources to set up the new VC pool funds, he says.

“The government doesn’t make investment decisions,” Hurwitz says. “Thegovernment funds which were managed by the government have done poorly.But this is to be a VC fund (program) that is led by the privatesector.”

Richard Remillard, CVCA
As head of the group representing Canada’s VC firms, Richard Remillardunderstandably bristles a bit at Hurwitz’s idea to import foreign fundmanagers here to partner with Canadian ones.

“It’s not something that captures our attention. We have a number oftop performing funds in this country and even those with the bestperformance in the country can’t get money. That’s the challenge. Sobefore heading off in that direction, let’s make sure folks in Canadaand not just those with track records (can access funding),” saysRemillard, executive director of the Canadian Venture CapitalAssociation.

He points to Georgian Partners, a Toronto VC firm where two of itsthree managing directors came from non-VC roles at IBM. Though two ofthe three co-founders had no “track record” of VC deals, they went onto start a fund business that’s now successful, Remillard says, proving“there’s lots of talent here in Canada.”

While Remillard does like the Yozma model of government dollar-matchingprivate VC investment to start new funds, he doesn’t fully support theargument that brand new large scale VC funds must be created by thegovernment with the help of foreign partners to jumpstart the CanadianVC sector.

“We’ve got established VC funds here. It is here. There’s no need tostart from scratch because we’ve got an industry that’s investing $1billion to $1.5 billion here in Canada (annually) already,” Remillardsays.

Remillard likes the idea (another one borrowed from Yozma) that privateVCs could buy out the government’s equity stake in any new VC fundswithin five or so years after their launch. Yet he cautions Ottawa notto put all of its focus on earliest stage VC at the expense of laterstage ventures.

“That later stage company is where there seems to be (VC) gaps too. Wesay wait a minute, the gap is everywhere,” says Remillard, not justwith seed funding.

Cayley supports Hurwitz’s idea of bringing in foreign fund managers topartner with Canadian ones, feeling it can only help expand Canada’sstartup financing ecosystem.

“Not only would you get the experience of that (foreign) VC introducedinto the Canadian (market), but also their connections.”

For similar reasons, Cayley is not a fan of Hurwitz’s call for Ottawato set up only a handful of big new VC funds. He wants to see severalsmaller new funds created instead.

“The idea has been floated of creating four (new) funds. But that wouldessentially create two or four new people. They’re also talking abouthaving those funds themed and that’s not called a strong marketeconomy,” Cayley says. “That would essentially create exclusivity andit would not introduce competition.”

One of the reasons Yozma worked so well, he adds, is that it “createdmany small funds” which gave a wider number of startups moreopportunities to get funded.

“One of the things we learned through our social network (research) isthat when there are a few large funds, you get down to a fewgatekeepers. So if you’re not related to those people and they’re notinterested in doing a deal with you, your (funding) alternatives dry upquite quickly.”

Cayley has a conference call scheduled for August 9 with Flaherty’sconsultation team on the $400 million VC program plan. He intends tomake his point heard that bigger isn’t always better when it comes tofinancing startups through venture capital. Launching only a couple ofhuge new VC funds may not result in spreading the greatest amount ofgood among the widest number of startups, he says.

“It’s the number of startups that leads to jobs, it’s not the size of(the startup) financings.”

Christine Wonghttp://www.itbusiness.ca
Christine Wong has been an on-air reporter for a national daily show on Rogers TV and at High Tech TV, a weekly news magazine on CTV's Ottawa affiliate. She was also an associate producer at Report On Business Television (now called BNN) and CBC's The Hour With George Stroumboulopoulos. As an associate producer at Slice TV, she helped launch two national daily talk shows, The Mom Show and Three Takes. Recently, she was a Staff Writer at ITBusiness.ca and is now a freelance contributor.
Previous article
Prominent investor to chair MentorCamp event series
Next article
Clarity’s dial-a-mentor service completes 10,000 calls