Ottawa striving hard to hang on to tech talent

However, the city is determined to hang onto its IT talent pool and attract more foreign investors.

“We’ve learned some hard lessons from the last tech bubble and were able to apply them to this recession to prevent an exodus of IT talent,” said Blair Patacairk, senior consultant for foreign direct investment and business development at  the Ottawa Centre for Research and Innovation (OCRI).

OCRI is a member-based economic development corporation that aims to advance the region’s knowledge-based industries and institutions.

Encouraging tech professionals to stay in Ottawa despite business closures is crucial to this strategy, Patacairk said.

The OCRI officer was part of a team that recently returned from a mission in Barcelona aimed attracting international wireless companies seeking to expand operations to North America.

“Whenever you talk to foreign companies, the first thing they ask is ‘what type of talent pool do you have?’ I tell them, the best kind there is.”

Numerous tech companies in Ottawa folded up or severely cut operations in the wake of the dotcom bust.

However, the city managed to prevent a major hemorrhage of IT talent by encouraging entrepreneurship and SMB startups said Patacairk. “An interesting thing happened. When the large companies closed down, we saw many smaller IT companies emerge.”

These smaller firms, he said, became the developing ground for more tech professionals, who would later join the workforce of larger companies. 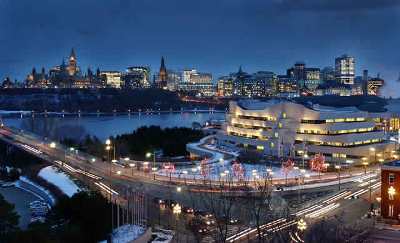 Patacairk said that Ottawa also learned to invest heavily on research and development and nurture strong ties with the city’s universities to bolster its IT talent pool.

Many of the 1,850 technology companies located in Ottawa’s 11 tech clusters also benefit from federal tax credits and tech funding, which have been augmented by the government over the years, he said.

In large part, the city owes its telecom workforce lineage to two Canadian telecom icons, according to David Sharpley, senior vice-president for marketing and product management at Bridgewater Systems Corp.

The Ottawa-based firm develops systems and tools that allow clients global clients such as Bell Canada, Verizon Wireless, SmartTone-Vodafone and Tata Teleservices to deliver and manage applications such as mobile commerce, mobile video and social networking to their clients.

“One of the benefits Bridgewater gets from being located in Ottawa is access to a high-calibre IT talent pool that traces its genealogy and pedigree to BNR (Bell Northern Research) in the 1970s and its successor Nortel,” he said.

Many newer companies such as Alcatel-Lucent, Research in Motion and recently Ericsson, are now benefitting from expertise that grew out of or were trained by experts from BNR and Nortel, he said. “A company like RIM could have easily kept its operations in Waterloo, but the BlackBerry maker clearly recognized the talent that Ottawa had to offer,” Sharpley said.

Gartner Research forecasts that the sector will produce revenues of more than $29.5 billion by 2013.

Ottawa is often compared to Boston, a telecom tech talent hub in the U.S.

However, Ottawa clearly “outclasses” Boston, according to the Lloyd & Delphine Martin Prosperity Institute, a Toronto-based think-tank on that investigates the role of locations and city regions in global economic prosperity. The institute is affiliated with the Rotman School of Management at the University of Toronto.

Prof Richard Florida, director of the institute ranks Ottawa number three in his “Creative Class Index” and gives Boston only a ranking of five. The index is composed of three variables – technology, talent and tolerance. The composite score reflects a region’s ability to become more vibrant and prosperous.

Other advantages of Ottawa over Boston are:

About 26 per cent of workers in Ottawa spent more than 30 minutes commuting to work compared to about 48.3 per cent in Boston. The Canadian city also has zero poor quality air days compared to Boston’s eight.

A 2009 Expat Experience survey by the HSBC Bank International ranked Canada as number one in quality of life and ease of integration into new communities. The U.S. ranked number eight.

Compared to other Canadian cities, Ottawa rates “Best Overall” for families, mid-career professionals and retirees with close seconds for singles (behind Calgary) and empty nesters (behind Toronto),” according to Florida.