The price of oil might be at recessionary levels, but that hasn’t stopped one Calgary-based cloud software startup from targeting oil and gas producers as a client base.

Oplii is a new operations management system that launched as a company in September 2014. A spin off from the manager partners of Urban Lighthouse, another custom software solution firm, Oplii’s software as a service (SaaS) is designed for smaller oil and gas producers that are relying on spreadsheets to manage data about their sites, structures, equipment, and more. These companies aren’t quite big enough to go the route of a full enterprise resource planning solution (ERP) made for their vertical, explains Rob Pittman, a managing partner at Oplii.

“SAP is just too big of a project, and the organizations we’re targeting just don’t have an appetite for that,” he says. “The small guys have the same regulatory and reporting compliance as the big guys.”

Oplii is modelled after the field operations conducted by a junior to intermediate oil producer. After acquiring a couple of clients in the sector at Urban Lighthouse, Pittman and partner Johan Rothzén saw their opportunity. The software is built to capture the basic information about a site, and ties every detail back to a location, from the equipment there, the workers attending to it, the renovations being conducted, to even the financial components around it. 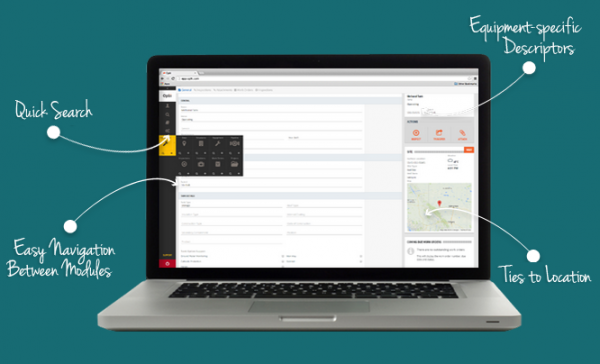 Much of it can be entered in via a smartphone by workers on location. The backend is handled by Oplii’s servers. This is a type of service delivery that the oil and gas sector isn’t seeing a lot of right now.

“It doesn’t require them to bring in an overstretched IT resource to set up a server and roll that out. It’s something a business unit can procure on its own,” Pittman says.

One challenge that Oplii has to overcome is the lack of cellular connectivity in some oil fields, which tend to be in rural areas well north of Calgary.

“Right now our cellular components only work when you have connectivity, but we’re working on enabling an offline mode,” he says.

Oplii has a few clients, including Petrus Resources, and is hoping to sign on more soon. It is working with its user group to decide what features to build out next. So far the software’s core modules support management for sites, structures, equipment, and pipeline. Extra modules can be purchased to track inspections, incidents, work orders, and projects.

Pittman isn’t worried about the trend of falling oil prices. In fact, it might provide an opportunity, he says.

“With the fall of oil prices, you might see big capital projects put off for awhile,” he says. “When resources get a bit tighter, you have to find a way to meet regulatory compliance, but do it cheaper.”

Oplii’s service is sold on an annual licence model, with pricing based on modules. The core software starts at $48,000 annually and the modules range in price from $12,000 to $18,000 each.

As the data accrued by Oplii grows, Pittman expects customers will see some unexpected benefits as a result of comparing historical data. A producer might learn that a certain type of equipment isn’t well suited for a particular type of site, for example, or that workers are more likely to have incident reports when working at a certain time of day.

Brian Jacksonhttp://www.itbusiness.ca
Editorial director of IT World Canada. Covering technology as it applies to business users. Multiple COPA award winner and now judge. Paddles a canoe as much as possible.
Previous articleLenovo adds new laptop-tablet hybrids to its Yoga line of devices at CES
Next articleAt CES 2015, Google says it will be telling advertisers when their ads actually get seen