The company’s vice president of marketing Jim Gustke said Ooma(pronounced oooh-maw) will provide virtually free phone services if youbuy its Telo product for $179. The Voice over Internet Protocol (VoIP)phone service is virtually freebecause a customer would still have to pay taxes and other fees for atotal of roughly $4 per month.

Ooma (which stands for Object of My Affection) launched in the U.S.market in 2004 and moved into Canada last November. The company, whichonce had actor Ashton Kutcher working for it as creative director, hasbeen forging business relationships with the retail and distributionchannel. Gustke said that so far, Ooma has partnered with Best BuyCanada, FutureShop, Staples, London Drugs and online sellers such asAmazon.ca and Costco.ca. He added that Ooma inked D&H Canada asits sole distribution partner in the country. 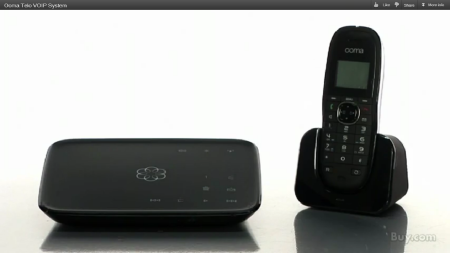 “We are really in a fortunate situation in Canada. The Telo wasreleased in 2009 and over that time it has been hardened. It worksgreat now and there are no bugs. Everything was up to par with Telo aswe entered Canada. This was a much better position for us than when weintroduced the product in the U.S.,” Gustke said.

The challenge for Ooma in this market is one of awareness, Gustke said.

“Phone service is a considered purchase and it’s tough to get people toswitch even if they know they are paying too much,” he said.

The Ooma solution sounds similar to Vonage, which has been operating inCanada since 2006. But Gustke said there are several differences. Forexample, Vonage offers the phone device for free and charges thecustomer roughly $25 a month before taxes and fees. The Telo businessmodel runs the opposite way and in four months’ time the cost savingswill pay for the device.

At CES Ooma announced an upcoming handset with more smartphonefunctionality. The new handset has a two-inch colourscreen and picture caller-ID with the ability to automatically displayFacebook profile pictures and online contact lists from Facebook,Google and Yahoo.