Released today, Norton WiFi Privacy is a mobile app that adds bank-grade security and encryption technology to smartphones and tablets, protecting information such as passwords and credit card numbers that, according to a new report commissioned by the company, users are unaware they’re placing at risk every time they log into a public WiFi network.

Released alongside the app, the Norton WiFi Risk Report discovered that 69 per cent of Canadians believe their information is “somewhat” or “very” safe when using public wi-fi – the highest percentage of the nine markets surveyed – with many respondents assuming that networks in public places such as airports, hotels, and cafés would have built-in security.

And that, Norton said in a June 28 press release, simply isn’t true. When users log into an unsecured network, hackers can steal information as it passes from one server to another, selling it on the dark web for profit or even using the information to commit identity theft or drain consumers’ bank accounts.

Often unaware of the risk involved, 23 per cent of Canadians reported using public WiFi to check their bank account or access financial information, according to Norton’s survey, while 12 per cent had provided credit card details, and 13 per cent had entered personally identifiable information such as a birthday, address, or social insurance number.

Moreover, 26 per cent of Canadian respondents to Norton’s survey said they didn’t know how to protect their information when using public wi-fi, and 29 per cent said they could not tell the difference between secure and unsecured public networks.

Fortunately, the Norton WiFi Privacy app has been expressly designed with less tech-savvy users in mind, providing a simple interface that lets them activate a virtual private network (VPN) wherever they happen to be. 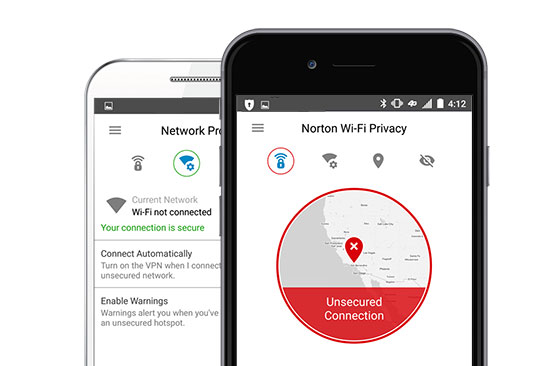 To compile its WiFi risk report, Norton commissioned research firm Edelman Intelligence to conduct an online survey of 9,135 adults in nine markets, including Canada, with responses collected between May 17 and 31.

The Norton WiFi Privacy app is available now on both Android and iOS, with the company promising PC, Mac, and multi-device support in the future. For now, a year’s subscription will set Canadian users back $39.99, with protection for one mobile device and 24/7 in-app support included.

Eric Emin Wood
Former editor of ITBusiness.ca turned consultant with public relations firm Porter Novelli. When not writing for the tech industry enjoys photography, movies, travelling, the Oxford comma, and will talk your ear off about animation if you give him an opening.
Previous articleLinkedIn launches support for programmatic ads
Next articleNew accounting standards means big data problem for Canadian banks

Hackers are getting personal information more easily than before: Symantec