As the number of Canadian and U.S. health facilities adopting electronic health records , the need for medical transcription services has intensified.

An allied health profession, medical transcription deals with the process converting voice-recorded reports as dictated by physicians and/or other healthcare professionals, into digital text format.

They include cost savings, and fast turnaround times and high accuracy rates.

It’s these benefits that are leading small and large health facilities to seek out medical transcriptionists based in the Philippines, according to Michael Chua, CEO of Transkripsyo Inc., a medical transcription firm based in Pasig City, an industrial municipality some 15 kilometers north of Manila. 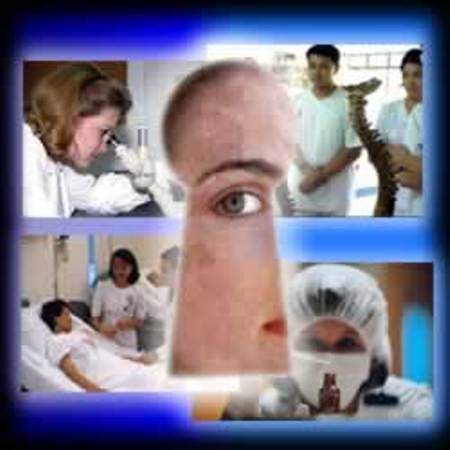 Sun shines on offshore IT services in Manila

In Canada, one driver of this trend could be Canada Health Infoway’s goal of having at least 50 per cent of the country’s medical records in digital format by 2010.

The Trankripsyo CEO was among the local businessmen who took part in the recently concluded 10th e-Services Global Sourcing Conference and Exhibition at the SMX Convention Center in Pasay City.

Currently, U.S. hospitals and clinics account for 99 per cent of Transkripsyo’s clients,, while the remaining one per cent include Canadian and U.K.-based health facilities, Chua said.

“We have only begun to tap the Canadian market, but I believe it will be one of our emerging locations.”

One difficulty in penetrating Canada could be the apparent resistance of many physicians here to use of electronic health record systems, and procedures and the multiple e-record legislations governing the country’s provinces.

Two months into 2010 and the Canada Health Infoway only managed to get one third of the way to its goal.

Last year, the Ontario government was embroiled in a major e-records scandal when it was reported that eHealth Ontario had squandered more than $1 billion of taxpayer money in underused computers and untendered contracts.

Many foreign hospitals chose Filipino MTs because of their command over English and their familiarity with American colloquialisms and culture, according to Myla Rose Reyes, managing director of Total Transcription Solutions Inc.

The company has offices both in San Francisco, Calif. and Quezon City in the Philippines.”Most Filipino MTs are at ease with the English language and they find it easy to pick up of Western manners of speech,” she said.

Recent surveys indicate that as many as 50 per cent are physical therapy graduates, 40 per cent nursing graduates, and the remaining 10 per cent, graduates of related courses.

Another reason for the surge in MT offshoring is the aging population of North American-based medical transcriptionists, noted Chua of Transkripsyo.

The average age of American MTs is around 55-years, compared to 24 for Filipino MTs.

“When you consider that the U.S. MT population is declining by 10 per cent each year while its patient population is growing by 10 to 15 per cent yearly, you’ll see a growing gap that needs to be filled quickly,” Chua said.

Julie Gretchen Dizon, IT director and business development director at Focus Direct Inc., agrees. “Many of the local IT professionals setting BPO operations here are in their early to mid 30s.”

Dizon said many of the country’s now “seasoned” IT talent graduated from tech universities and colleges from the mid to late 1980s. Dizon, herself worked for an globa IT firm for a few years before setting up Focus Inc.

Focus Direct is a medical transcription firm located in Bacolod City, in the central Philippine province of Negros Occidental.

Bacolod City is one of the many alternative BPO centres in the country now being built up outside Manila, according to Jocelle Batapa-Sigue, chair of the National ICT Congress of the Philippines.

“Many of these so-called “next wave cities” offer international firms the same calibre of IT talent.

However, cost of labour and infrastructure is often lower in outlying provinces that in Manila,” Batapa-Sigue said.

Medical transcription is among thenew tech services being pushed by the Philippine government.

Of that $7 billion, around $5 billion could be credited to work brought in by call centres. So-called knowledge process outsourcing (KPO) — such as legal and medical transcription and processing — was a close second with more than $1.18 billion in revenues for the same period.Cost factor and turn around time

Hospitals that shift to offshore medical transcription can save as much as 30 to 50 per cent in costs, Chua adds.

The average North American MT’s starting salary is around $31,000 annually.

Filipino MTs with one year of experience are typically paid P8, 000 a month or $181 a month. A Filipino MT with a Bachelor’s or college degree and four years experience can earn P15, 000 or $340 a month.

The 12 hour time-difference between continents provides another market advantage.

In many instances, North American clients send over assignments to Manila at the end of the day. While the client sleeps at night, Filipino MTs work on the assignment because it is morning in the Philippines. The client returns to work the next day to find the finished work in his e-mail Inbox, said Chua.

Offshoring – the time is now

Canadian firms might be slower in adopting offshore practices, but it’s is definitely the wave of the future, according to Mark Schrutt, director of strategic sourcing for IDC Canada.

“Canadian companies are more hesitant compared to their American counterparts in going the offshore route and it’s certainly least likely for Crown corporations and government organizations to offshore,” he said.

But he said a 2010 IDC survey indicates that the number of Canadian firms willing to seek offshore IT labour has grown by 20 per cent from last year.

Schrutt noted though that the study focused on application development and infrastructure support rather than lower-level business process outsourcing activities, such as medical transcribing.

Still, he said, Canadian companies such as Telus have been setting up BPO centres in Manila in recent years. Telus, for instance employs 5,000 people at its Manila call centre and tech support facility.

“The IT talent in Canada is dwindling and offshoring is one viable way to address this shortage and allow our companies to compete globally,” Schrutt said.

Canada is facing an IT talent shortfall of about 162,000 positions within the next five years, according to Babin. The current average age of IT professionals in Canada is around 45-years-old.

Schrutt cautions though that offshoring is not a solution for everyone. Not all companies and processes are ideal for offshoring.

Here are some of his tips: