Nissan to bring ‘robot’ controlled cars to market within 12 months

The automation of the car industry means robots and computers have taken over much of the work of building vehicles. Now, thanks to Nissan, they could soon be driving the vehicles for us too.

The Japanese carmaker said Wednesday it will introduce vehicles withcomputerized systems that can take over from a driver to avoidobstacles or collisions. The vehicles will be available within the nextyear, according to our source article from Computerworld.

The Autonomous Emergency Steering System (AESS) uses radar, vehiclemounted cameras, and five laser scanners to detect a potential crashsituation, then suggest a clear path for the driver to avoid it. If thedriver doesn’t respond immediately, the system takes over the car andbrakes or steers clear of the impending crash threat. 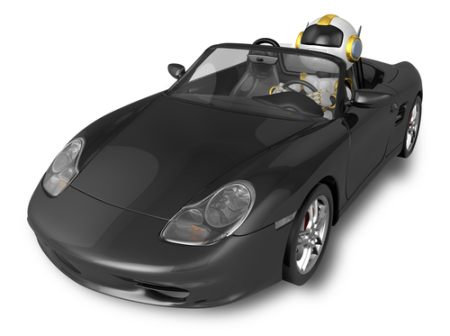 Nissan said it’s the first automotive technology that completelyeliminates a mechanical connection between the steering system and thecontrol of the vehicles. Instead, the entire system in the new carswill be computerized. Nissan plans to incorporate the system intocertain models, including its Infiniiti brand, rather than offering thesystem as a separate feature that can be purchased for all its modelsas an upgrade.

Google has already been road testing driverless cars in the U.S.Although such vehicles raise safety concerns, Nissan said its newvehicles will feature backup units to control driving if the primaryAESS fails.

Christine Wonghttp://www.itbusiness.ca
Christine Wong has been an on-air reporter for a national daily show on Rogers TV and at High Tech TV, a weekly news magazine on CTV's Ottawa affiliate. She was also an associate producer at Report On Business Television (now called BNN) and CBC's The Hour With George Stroumboulopoulos. As an associate producer at Slice TV, she helped launch two national daily talk shows, The Mom Show and Three Takes. Recently, she was a Staff Writer at ITBusiness.ca and is now a freelance contributor.
Previous articleMost Canadian startups don’t know equity crowdfunding is still illegal: survey
Next articleOttawa boosts cybersecurity spending to $155 million by 2017