NFL to use RFID embedded footballs this season

The last time fans cared about the actual pigskin it was all about deflated footballs. The NFL is trying to change the narrative somewhat with the announcement it will use RFID embedded footballs throughout the 2017/2018 season.

With this technology, coaches and fans will be able to know how many rotations there are in a Tom Brady 20-yard pass to Tight End Rob Gronkowski during the 4th quarter in a close game?

Coaches and fans will also be able to compare Brady’s pass speed from the 1st Quarter to the 4th Quarter.

The NFL has used these RFID (Radio-Frequency Identification) footballs during the recently concluded pre-season. The RFID technology is being supplied by printing and imaging vendor Zebra Technologies in partnership with Wilson Sporting Goods, who manufacture the footballs for the NFL. The ball has not been altered in anyway. Wilson embedded the RFID tag within the ball adhering to the NFL’s specifications for game footballs.

The Zebra solution will provide the NFL and its teams with real-time operational analytics. Zebra has engineered and deployed RFID tagged footballs mainly for tracking real-time location, speed, and rotation data for the footballs. 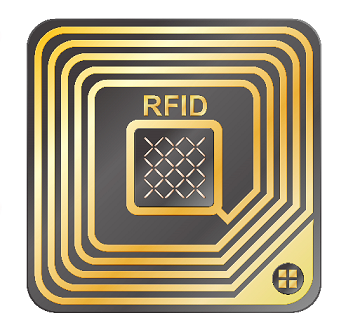 The Lincolnshire, Ill.-based Zebra develops solutions that include printers, scanners, mobile computers and enterprise asset intelligence software. The company’s product portfolio includes RFID printers, encoders, and readers that can instantly measure operating efficiency, accuracy and supply chain visibility. Zebra RFID fixed and mobile readers allow organizations to automatically identify, track and store inventory and it was this type of technology mostly used for logistics warehouses that will be implemented in the footballs.

Zebra has created a Sports Solutions portfolio because of its partnership with the NFL and Jill Stelfox, VP and GM of Zebra’s location solutions, said tracking the football is the logical next phase of our collaboration with the NFL, and we’re eager to continue evolving the game of football for fans, broadcasters and coaches alike.

Zebra has been working with the NFL for four years and have attached RFID tags in player equipment to track movements for example.

Fans might not be seeing the data right away from these RFID footballs. For now, the data is going directly to the NFL’s Competition Committee who will evaluate it to determine how the NFL teams can best leverage the data in the future.

NFL head coach Sean Payton of the New Orleans Saints called the Zebra solution “groundbreaking.” Payton went on to say his team uses the Zebra Sports practice system to track players and monitor their participation and performance throughout the season. The information provided by Zebra has proven to be a vital asset to Saints staff in evaluating and training entire squad.

But the plan if for data resulting from this season’s analytics enhancements will be used by broadcasters as well as other media partners to enhance the fan experience.

The Zebra RFID tags will measure location and performance data, captured 25 times per second for every play in every game for the 2017 season. The ball data is collected at twice the rate of player tracking data as the ball travels at more than twice the speed of the players, according to the company.