Designing a Microsoft PowerPoint presentation can be difficult enough without minimizing the program tray and conducting an exhaustive Google search to find the perfect picture.

Enter stock photo giant Shutterstock, Inc., which released a plug-in today for PowerPoint that allows users to find the right image to accompany their presentations without leaving the program.

“There are enterprises whose employees live and breathe PowerPoint every day,” Janet Giesen, Shutterstock’s senior director of business development and strategic partnerships, tells ITBusiness.ca. “Being able to connect it to a professional image library could really help them not only increase the professional look and feel of their presentations, but build their presentations more quickly.”

The plug-in can be integrated with PowerPoint 2013, PowerPoint 2016 and Office 365 – which means the latest Microsoft Word and Publisher users can take advantage when preparing reports as well.

Once installed, the Shutterstock plug-in adds a “Shutter selector” to the right side of the PowerPoint screen, from which users can browse a series of curated collections especially for PowerPoint users that the company has divided into categories such as backgrounds, business, people, and nature, or search for new ones among Shutterstock’s library of 80 million photos and illustrations. 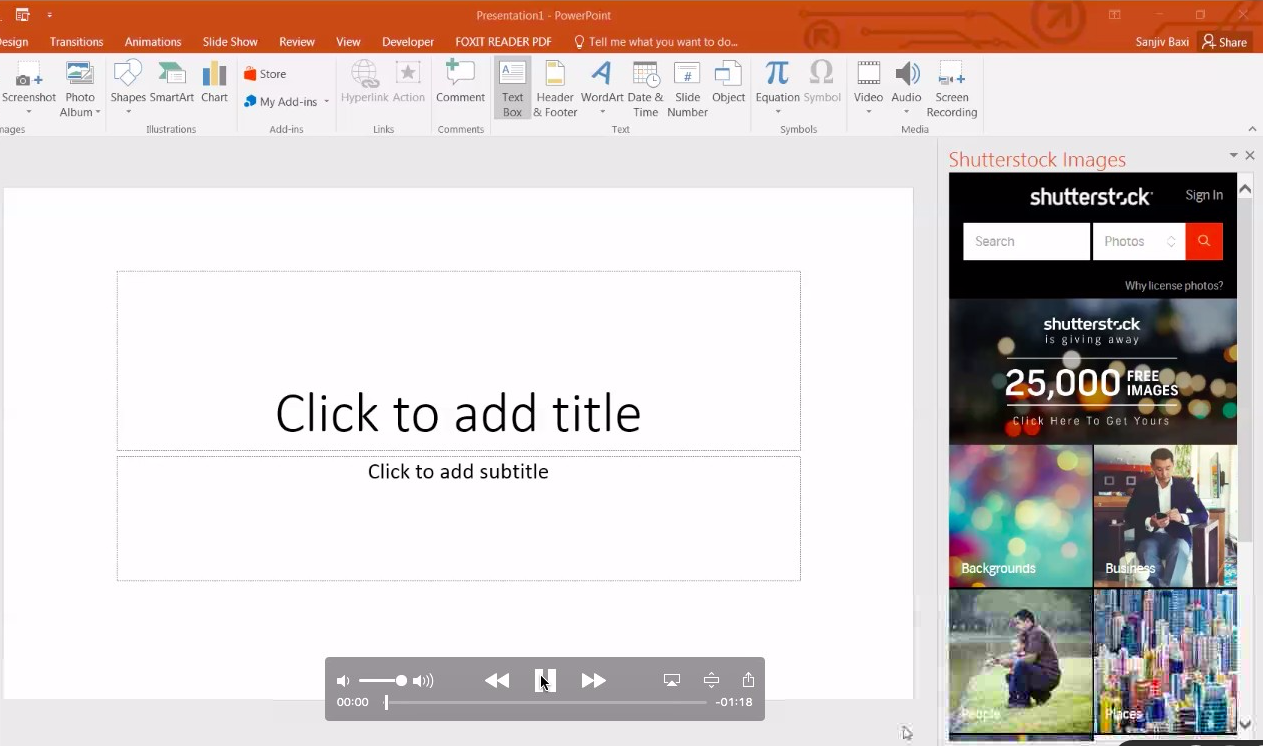 To demonstrate the program for ITBusiness.ca, Giesen ran a search for “climb,” and after finding an image she liked had the option to “try” the image, which produced a watermarked version that she could insert into a slideshow. 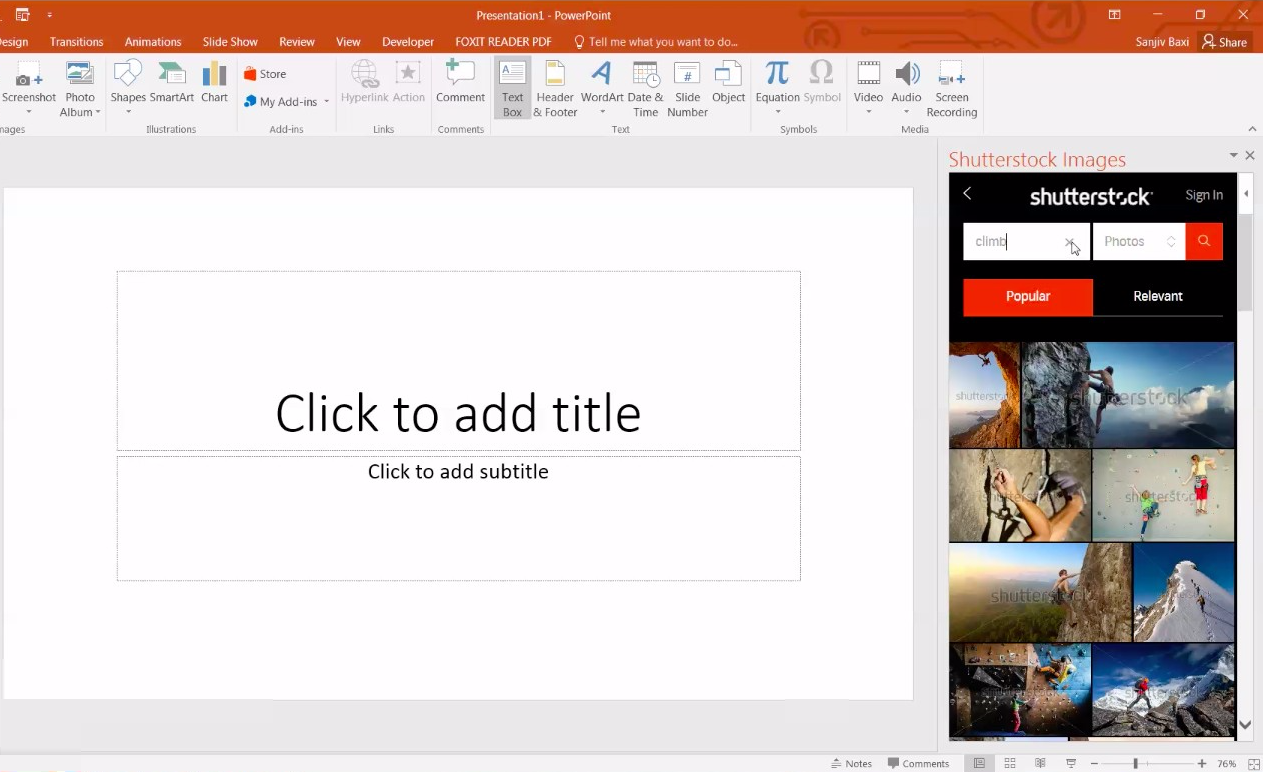 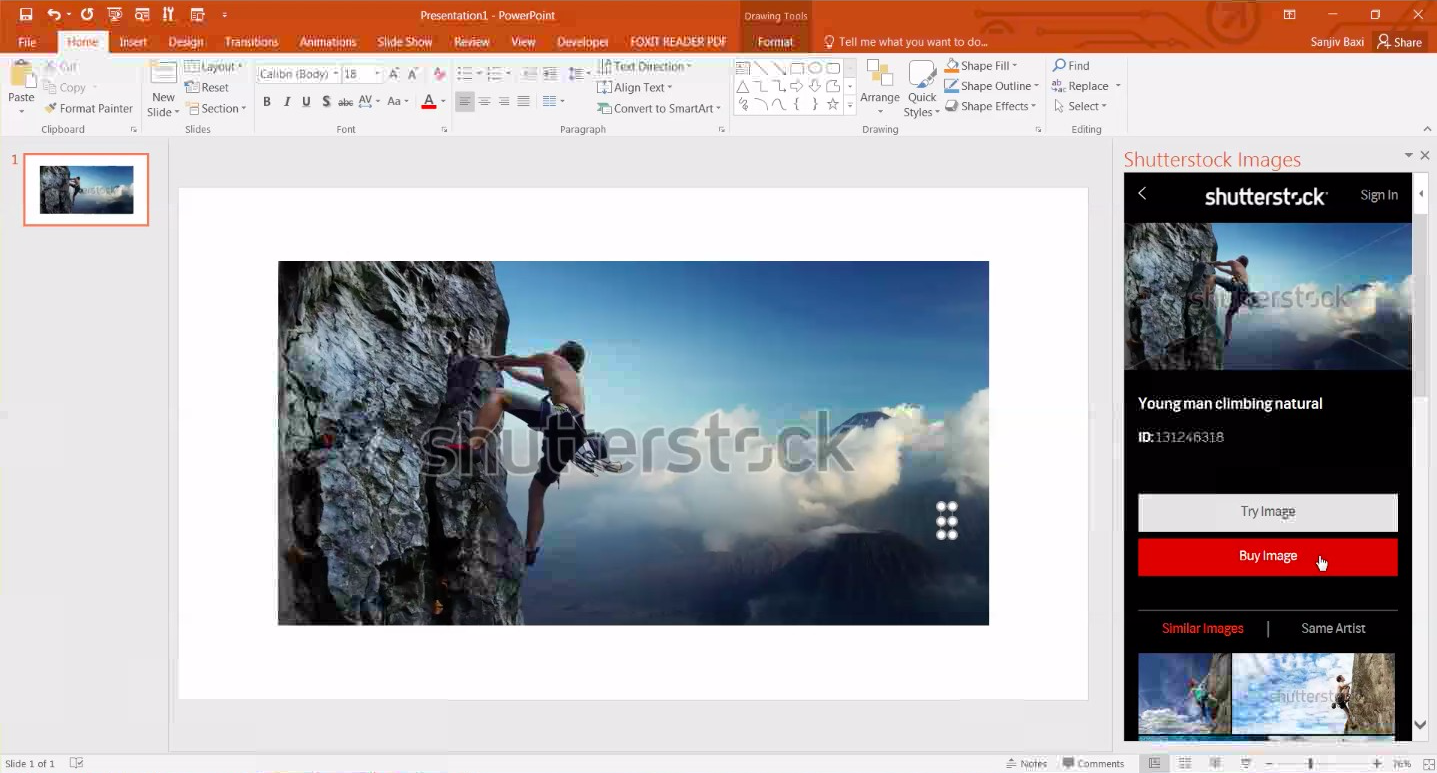 Though a Shutterstock account isn’t required to browse the company’s archives, users must log into their existing accounts or create a new one if they wish to “buy” an image, which removes the watermark. 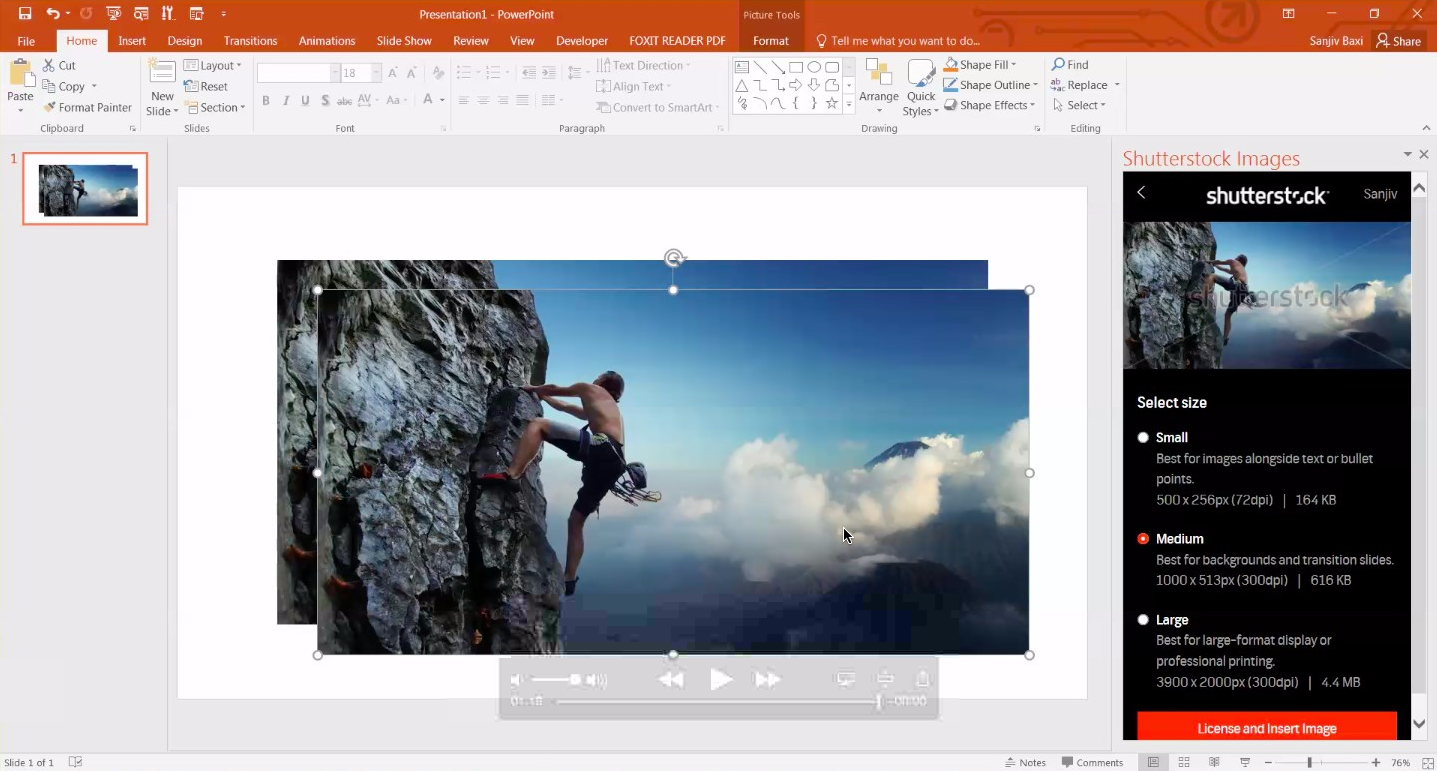 Giesen notes that Shutterstock offers multiple tiers of membership so that businesses of all sizes can use the company’s imagery to enhance their presentations. It’s also providing a first-image-free giveaway to the first 25,000 users who install the plug-in.

In addition to helping hundreds of millions of PowerPoint presenters around the world, Giesen hopes the plug-in expands Shutterstock’s audience by exposing more of Microsoft Office’s 1.1 billion worldwide users to its content.

“PowerPoint presentations are essentially visuals and text,” she says. “It’s exciting for Shutterstock, given that we have this global creative marketplace with tens of millions of images, to bring all of our visual content to these users.”

Eric Emin Wood
Former editor of ITBusiness.ca turned consultant with public relations firm Porter Novelli. When not writing for the tech industry enjoys photography, movies, travelling, the Oxford comma, and will talk your ear off about animation if you give him an opening.
Previous articleNetSuite launches new billing software ‘SuiteBilling’, updates Oneworld
Next articleNetSuite CEO Zach Nelson says Salesforce is ‘completely misnamed’ as CRM