The second version of the Payment Card Industry (PCI) Data Security Standard (DSS) is being released this afternoon by the organization PCI Security Standards Council, which sets the network and security requirements for merchants and service providers handling sensitive cardholder data.

There aren’t major changes to the existing PCI DSS 1.2 standard, according to the council’s general manager Bob Russo. Further clarification is being made to “scoping,” which is the process of determining the boundaries within an organization of where cardholder data is stored or transmitted, Russo says.

Yet even as the 2.0 security standard debuts, new disruptive mobile-payment technologies seem to be catching the council by surprise. For instance, there’s the Square, a small, plastic card-reader that plugs into the iPhone, iPad or Android phone and allows a customer to sign for a card payment. 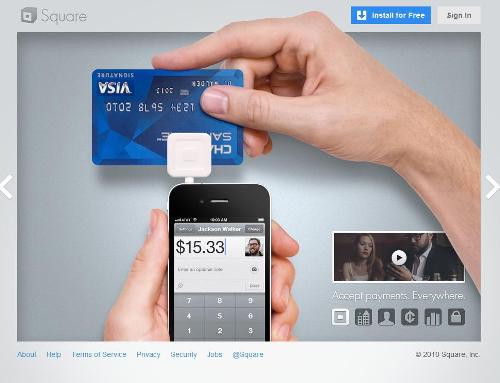 “Accepting credit-card payments by iPhone — there are no rules for this,” Russo acknowledges. “Mobile payments will be an issue going forward.”

The Square, an invention of Twitter co-founder Jack Dorsey with fellow entrepreneurs in the San Francisco area, is just taking shape as a card-payment method. The device is currently being given away in return for a percentage of card transactions — a move that’s potentially disruptive to established point-of-sale equipment vendors and sales people.

The new PCI DSS 2.0 doesn’t address mobile payments technologies such as the Square at all. “We don’t know if it’s secure,” Russo says about the Square. But he adds there was no prohibition on using it, either. “There is no standard for this. You’re on the bleeding edge of payment technology,” he says, advising early adopters to “tread very carefully.”

The PCI DSS 2.0 standard goes into effect on Jan. 1, 2011, and DSS 1.2 will be retired Dec. 31, 2011. Russo says there will be a guide explaining the differences between DSS 1.2 and DSS 2.0, and clarification about the issues around scoping. “It’s about finding where your data is,” Russo says.

All too often, he says, investigations by forensic teams in the aftermath of a breach are showing that merchants or processors didn’t really know where the sensitive data was.

“They find data they didn’t know was there,” scattered in unexpected places, Russo says. That’s why the council is emphasizing in DSS 2.0 that people must be able to prove they know where their data is in their network through automated means or “sending 16 people running out to find it.” Scoping is necessary in order to carry out PCI audits.

Mandeep Khera, chief marketing officer at Cenzic, a firm authorized to provide the type of security scanning long required under the PCI rules, says one of the main changes he sees in PCI DSS. 2.0 is on the application security side “where they want you to have a risk score for vulnerabilities — they want you to prioritize based on score.”

But as to whether a mobile-payment technology such as the Square can fit into PCI DSS 2.0, Khera is optimistic. “It’s the intent of PCI,” that matters, Khera says, although he adds the payment-card industry with its security rules “is playing catch-up” when it comes to mobile payments.

Ulf Mattsson, CTO at Protegrity, says the topic of the security technology known as tokenization will appear for the first time as a referenced technology in the PCI standard. Tokenization is a way to take data and hide its actual meaning through a random replacement value, and the council intends to issue a guidance document for this next year, Mattsson says.

He adds that a guidance document related to end-to-end encryption is also planned for next year from the council. But when it comes to mobile payment technologies such as the Square or another he mentioned from Bling Nation, he’s skeptical they’re sufficiently secure. “They just add to the pile,” he says.

Move over Anonymous, make way for The Unknowns