BlackBerry smartphone users will soon be able to download and employ a LinkedIn mobile application that will allow them to access the business-oriented social networking service while on the go, via an innovative and good-looking BlackBerry application.

The news is particularly significant because BlackBerry users, many of whom are businesspeople, represent a large percentage of LinkedIn’s target user base. 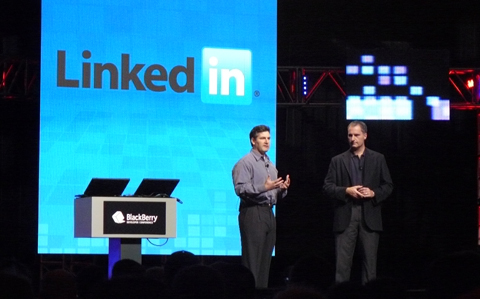 But BlackBerry owners were out of luck when it came to LinkedIn; the LinkedIn mobile Web site was their best option.

The application offers all the basic LinkedIn functionality, including messaging and profile viewing. It also displays notification alerts on the BlackBerry home screen “ribbon.”

And it integrates with a variety of native BlackBerry applications such as the calendar, so you can, say, click on a meeting attendee’s name and then view their LinkedIn profile.

Overall, the application looks very impressive, and I’m anxious to finally be able to manage my LinkedIn account via a BlackBerry app.

I’ve been asking for LinkedIn BlackBerry for years. 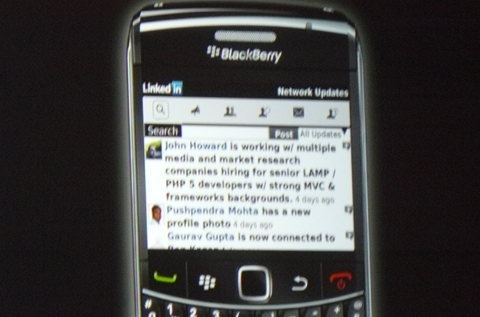 I literally penned an open letter to both RIM and LinkedIn. LinkedIn informed me that it certainly heard my pleas–and the pleas of countless other frustrated BlackBerry users. 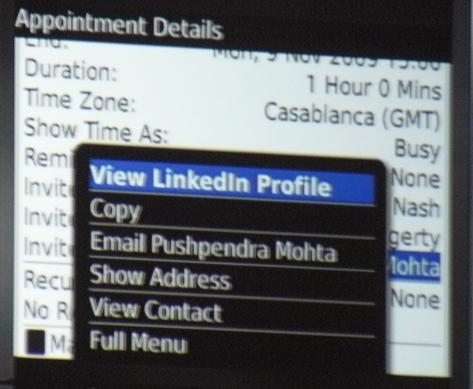 But I was honestly beginning to wonder if LinkedIn would ever make it to the BlackBerry platform.

It’s unclear when exactly the application will become publicly available, but the following screen-shots give you can idea of what to expect.