New app aims to be Uber of personal training

Usually peoples’ excuses to avoid physical activity come in the form of “I’m too busy”, “the gym is too far” or “I don’t want to leave the house.” But in a world where almost any service is accessible at our fingertips, a new app wants to make working out almost as easy.

Launched just before Christmas, Flex is a fitness app that people can use to connect with certified fitness instructors in the Greater Toronto Area. Like a love-child of Tinder and Uber, users can search through the app’s vetted trainers and choose one that fits their needs based on availability, locations and workout type. Once confirmed, the trainers travel to wherever the user specifies.

“The idea for Flex began many months ago when I walked into a gym looking for personal training and I was quoted $1800 for 10 sessions – that’s $180 an hour! It didn’t seem like good value for my money,” explains co-founder Fouad Nakhla. “The trainer didn’t seem to be the most experienced, I was unsure about committing to such a long contract, and there was no transparency in what I was purchasing. So that got me looking at the industry and I found a lot of inefficiencies that I thought we could improve on.”

The goal was to make personal training and one-on-one fitness affordable, convenient and accessible, while bringing transparency to the forefront of the industry. Flex has pricing and commitment options for every type of user with pay-as-you-go options for the occasional user that start at $70 CAD/session, to three, nine, 18, 30 and 50-session packages for the more dedicated.

“Initially, we intended on staying away from long-term packages so we had the 18 session plan as the highest level of commitment,” says Flex co-founder David Pereira. “A lot of users asked for larger packages, so after a few weeks we decided to add 30 and 50 session plans for as low as $49 CAD [per session]. We didn’t expect these plans to be very popular this early on, but people have been jumping at them since they’ve been introduced. The 50 session plan accounted for over 70% of our sales in January.”

Flex is completely cashless (it uses Stripe, an online payment platform), requires no membership fees, and users are completely free to choose a different trainer or workout type for each session, adds Nakhla.

“I personally don’t want to be tied to one trainer or one trainer’s style for a full year, which would’ve happened if I had signed a personal training contract at a gym, and I know a lot of people share that view,” he says. “People value the flexibility of being able to work with different trainers and do different workouts, so we offer a variety – everything from yoga to boxing to just regular personal training workouts.”

Flex also offers group sessions, which allows people to split the cost of a one-hour workout. A two-person session costs $70 total, a three-person one costs $80, and a four-person session is $90. 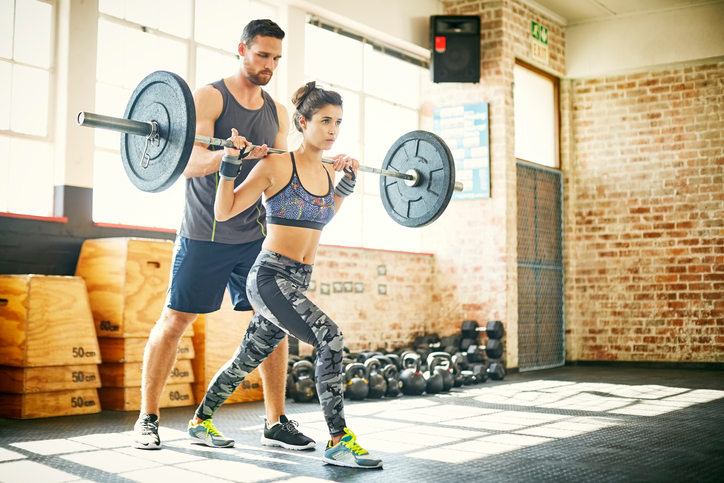 Since its December release, the app has already been used to book more than 125 sessions, with Pereira crediting this early success to the app’s release coinciding with new year resolutions, at least one of which often involves getting fit.

Flex is available as a free download (with in-app purchases) in Canada and the U.S., however, it is currently only serving the GTA. Pereira says that while the company hopes to expand into other Canadian cities by the end of 2017, it’s current focus is serving Toronto to the best of its ability.

Pereira also mentions that nearly every user has been converted into a monthly client after trying out the app once, something he credits to its great trainers. Each one is personally vetted by the two co-founders, and goes through a rigorous hiring process.

“When we first posted the job, we got about 300 applications, so we were really able to go through them all and choose the best of the best,” Nakhla says. “We conduct phone interviews and review qualifications and experience first, then if that goes well, we schedule an in-person demo session with them where they essentially treat us like a client and give us a one-hour workout. If a trainer passes all that, we collect proof of certifications and put them through a background test.”

One trainer who made the cut is Andrew Tyson, who by day is the fitness director of the UFC Gym in Mississauga, a suburb just 30 minutes west of Toronto.

“I’m already in a pretty good position, but Flex gives me a platform to reach clients that I wouldn’t be in contact with otherwise because they may never stop by the gym,” Tyson says. “The app lets people see me and what I offer, and also lets me schedule sessions around my day job hours.”

While a fully certified personal trainer, Tyson has become known as “the boxing guy” on Flex, a title he’s more than fine with. He says he’s never had an issue with space or awkwardness, despite training many clients in the often tiny condos in and around Toronto.

“Boxing is one of the best workouts to do at home because I can train anyone, anywhere,” he says. “It’s a full body workout and it converts very easily to a concept like this –  all I need is a little space for someone to throw a punch and move around a bit/”

Tyson explains that he loved the idea from the get-go and was immediately on board after seeing Flex’s job posting last year.

“Everyone is trying to start the next ‘big thing’ in fitness, but as soon as I heard about this idea, I knew it would do well – it’s the future,” he says. “I see so many kids nowadays with their phones and apps, and it’s going to be this generation of people that will grow this. I saw the possibilities and immediately knew I wanted to be a part of it.”

Nakhla echoes these thoughts, adding that the app aims to service the tech-savvy millennial generation, as well as time-crunched young professionals, and new mothers or fathers who can’t leave the house and need a trainer to come to them.

He says that Flex has also started offering a money back guarantee following a user’s first training session as of Jan. 12, to showcase the confidence it has in its trainers.

Mandy Kovacshttp://www.itwc.ca
Mandy is a lineup editor at CTV News. A former staffer at IT World Canada, she's now contributing as a part-time podcast host on Hashtag Trending. She is a Carleton University journalism graduate with extensive experience in the B2B market. When not writing about tech, you can find her active on Twitter following political news and sports, and preparing for her future as a cat lady.
Previous article
YouTube still a Super Bowl commercial destination for Canadians
Next article
West coast skin care company leverages cloud to support U.S. expansion

You can now have your own coach