While native advertising is nothing new, it’s new to many publishers that are embracing it as an alternative revenue generating model as sales of more traditional banner ads go by the wayside. Native advertising is very similar in concept to an advertorial in a newspaper: it seamlessly integrates into the content the reader is expecting to find, but it was paid for by a company with the goal of advertising a product or service.

Songza CEO Elias Roman explains native advertising simply: “it gives users what they came to get.” He also says it must have real utility for the audience beyond just delivering an advertising message.

But what about when you ask consumers about native advertising? You know, the people we’re actually trying to get a message across to with these campaigns. You might get a different, or even an opposite answer. In a survey of 542 U.S.-based Internet users aged 18 to 65 by Contently.com, more than half said they couldn’t trust sponsored content  and two-thirds said they felt deceived when they found out a brand paid for content. In fact, 57 per cent said they would prefer banner ads over native ads.

Wait a minute, how can marketers think that native advertising is effective for brand building if consumers think it can’t be trusted?

Perhaps the best way to slice through the debate here is to look at studies that use actual data that examines user behaviour rather than surveys that ask for opinions about native advertising. Take for example Sharethrough’s study with Nielson Online Brand Effect to compare how the same creative video ads in both pre-roll form and native advertising form. It found the native advertising format resulted in higher brand lift across all five test campaigns, on average being 82 per cent better than the pre-roll campaigns. 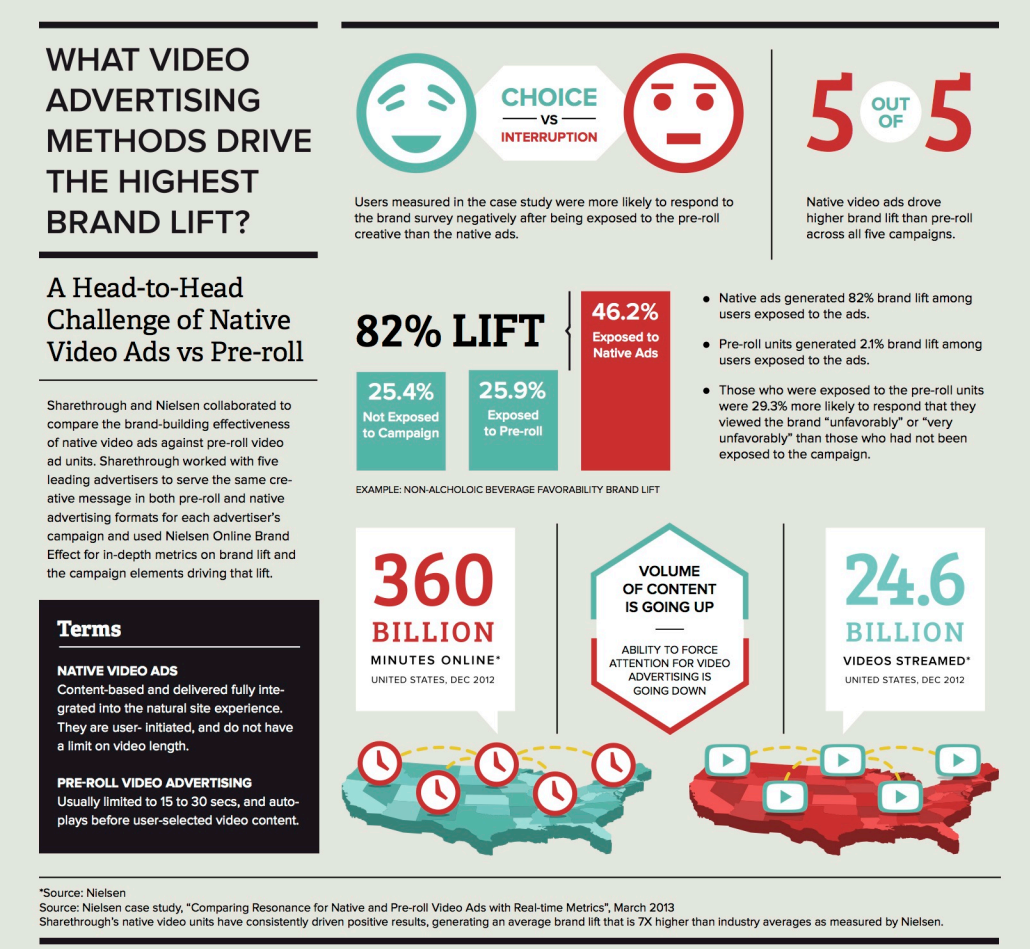 Another good success story for native advertising comes from BuzzFeed. The site that has you taking quizzes to find out what name you’d have if you were a character in Game of Thrones has also cracked the code on how to make native ads successful and the results prove it. BuzzFeed is on track to haul in $100 million this year and 150 million unique views on its native ad content.

BuzzFeed is successful with its native advertising program because it treats it differently from its traditional advertising business. It has a separate creative team that works with sales in advance of a native ads sale and after the deal is done to pitch the sponsor on what the content will look like, and then implement it when approved. The content fits into the style of BuzzFeed’s other content and as Roman would say, it gives the user what they came for.

While delivering on the BuzzFeed experience and matching the style of the other articles and being integrated into the editorial content, there’s no confusing sponsored content for content that is not sponsored. There’s some subtle, but clear stylistic differences and the sponsor’s name and logo are clearly marked on each native ad.

That means that those who told Contently.com they felt deceived by native ads would have no reason to feel that way on BuzzFeed’s site, because the sponsored content is presented transparently. Better yet, they might actually like the content that’s created by the BuzzFeed team and share it with their friends.

BuzzFeed says that for every 10 people that see a native ad, three will share it with friends. That’s free advertising that you can’t get with a banner ad.

Brian Jacksonhttp://www.itbusiness.ca
Editorial director of IT World Canada. Covering technology as it applies to business users. Multiple COPA award winner and now judge. Paddles a canoe as much as possible.
Previous article
Hangout with Kayak.com’s CTO Giorgos Zacharia
Next article
Half of security professionals want more from vendors, survey says