Mystery around Apple’s new Passbook feature to be lifted Wednesday

The only official word on Passbook so far is its name and launch date.

Other than that, iOS device owners will have to wait until tomorrow tofind out more about the new feature Apple is set to officially releaseon Wednesday.

Passbook was announced by Apple during an iOS 6 preview at itsworldwide developers conference back in June but little wasrevealed about it at that point. Passbook will be released tomorrow aspart of Apple’s iOS 6 update. 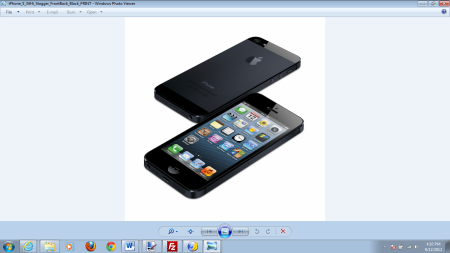 Here’s the little that we do know. According to our source article fromMacworld, Passbook sounds like a sort of digital wallet that storesboarding passes, movie tickets, coupons and gift cards on yoursmartphone. What’s unique is that Apple said it will have alocation-based functionality, prompting promotions for those goodies topop up on your iPhone screen when you walk into an airport, movieplexor retail store.

Passbook is also time aware as well geolocational. For example, Applesaid it will automatically update your boarding pass with the newestgate information if it gets changed before your flight is set todepart.

Perhaps what’s most intriguing about Passbook is what it doesn’t have:near field communication. Despite a lot of rumours that iPhone 5 woulddefinitely feature NFC capability, we all know now that it does not. Afairly bold move by Apple to release a new digital wallet featurewithout the NFC technology that has captured most of the buzz andadoption rate for such mobile payment and receipt storage applicationsthus far.

Christine Wonghttp://www.itbusiness.ca
Christine Wong has been an on-air reporter for a national daily show on Rogers TV and at High Tech TV, a weekly news magazine on CTV's Ottawa affiliate. She was also an associate producer at Report On Business Television (now called BNN) and CBC's The Hour With George Stroumboulopoulos. As an associate producer at Slice TV, she helped launch two national daily talk shows, The Mom Show and Three Takes. Recently, she was a Staff Writer at ITBusiness.ca and is now a freelance contributor.
Previous article
70 per cent of Canadian businesses still have no BYOD policy: IDC
Next article
Radian6 technology powers Salesforce.com Marketing Cloud