Although many members of Canada’s startup community are eager to raise financing through crowdfunding, nearly two thirds don’t even realize that equity crowdfunding is still illegal here.

In a new online survey gauging Canadian attitudes towards crowdfunding,69 per cent of respondents said they’ve considered using such socialmedia sites to fund their startups. But an identical 69 per cent alsosaid they weren’t aware that Canadian securities laws currently forbidequity crowdfunding in this country.

The lack of awareness about the legality of equity crowdfunding inCanada is particularly surprising since 61.5 per cent of all people whoresponded to the survey said they’re either current or past founders ofa Canadian startup firm. In other words, the very community that standsto gain the most from equity crowdfunding doesn’t even realize it’sstill illegal here.

Other key figures from the survey: 87 per cent of participants saidthey are “familiar with” crowdfunding in general, 84 per cent said theywould use equity crowdfunding to raise money for their own startupventure, 82 per cent said they would use it to fund others’ startupventures, and the majority (43.6 per cent) said online investors whocontribute money through equity crowdfunding shouldn’t be given morestringent investor protections than regular offline investors. 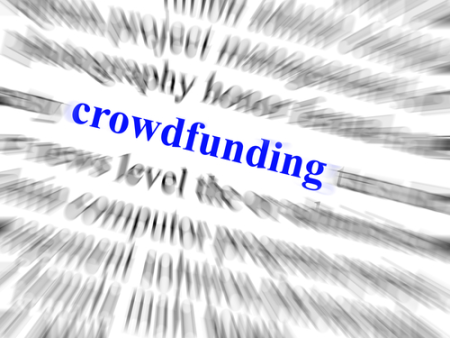 Many of the people surveyedoverwhelming said they would use equity crowdfunding to help fund otherventures as well as their own. (Photo: Shutterstock)

The survey was conducted by the Canadian Advanced Technology Allianceand Ottawa-based firm Ideavibes. See an infographic of the survey resultshere.

Christine Wonghttp://www.itbusiness.ca
Christine Wong has been an on-air reporter for a national daily show on Rogers TV and at High Tech TV, a weekly news magazine on CTV's Ottawa affiliate. She was also an associate producer at Report On Business Television (now called BNN) and CBC's The Hour With George Stroumboulopoulos. As an associate producer at Slice TV, she helped launch two national daily talk shows, The Mom Show and Three Takes. Recently, she was a Staff Writer at ITBusiness.ca and is now a freelance contributor.
Previous articleSirius Conseils takes controlling interest in Abak Software
Next articleNissan to bring ‘robot’ controlled cars to market within 12 months