After all his three-year-old interactive music distribution firm owns the licences to 18,000 karaoke tracks. What’s more, the tiny Montreal upstart just signed a deal with Google Inc. to make those tracks available on the search engine’s recently-launched YouTube KARAOKE Channel.

With YouTube cornering in excess of 100 million viewers in the United States alone, the deal – signed just last week – has the potential of tripling his company’s revenues.

Ironically, while some of its stars are pulling in millions of dollars, YouTube struggles to turn a profit. Stingray and Google plan a revenue split.

Related stories
:How to use new YouTube tools to make your videos interactive
Creating a YouTube video mashup to promote yourself or your business 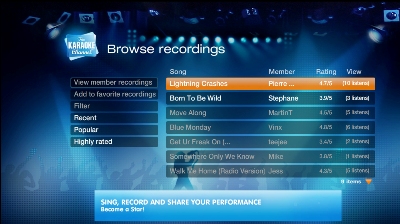 Essentially, the new YouTube channel will offer karaoke singers access to hundreds of premium quality, karaoke song lyric videos from the KARAOKE Channel’s song library. Visitors to the site can select a video or choose from a variety of genre-specific playlists.

The available titles are professional re-recordings of popular songs. New videos will be added to the playlist regularly to keep the content fresh.Boyko said one aspect that attracted Google was that the model would allow people to post videos of themselves online in a global karaoke community.

Tracing its origins from the Japanese words “Kara” meaning empty and “okesutora” meaning orchestra, karaoke is a form of entertainment in which amateur singers sing along with pre-recorded music using a microphone and public address system. The original concept is attributed to American singer and talent agent Scott Ebright in the 1970s, but karaoke or sing-along devices soon became popular after Japanese musician Daisuke Inoue of Kobe, Japan, created his own machine.

Karaoke began encroaching on the Western culture in the 1980s.Karaoke’s status has been transformed lately with the advent of shows such as the American Idol franchise, as well as games such as Guitar Hero.Three years ago Stingray bought cash-strapped U.S. cable TV company The Karaoke Channel and turned it around. 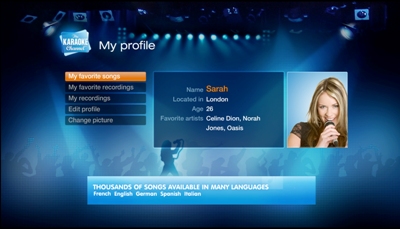 Today, Stingray has over 35 million subscribers around the globe. Actually shows such as American Idol and America’s Got Talent use Stingray’s tracks. These shows have their contestants sing over karaoke versions of songs recorded by Stingray in its studios because it costs less than using original tracks.

Getting permission to use a song’s original artist can cost as much as $50,000, Boyko said.Of course in the age of iPods and downloadable content there’s no shortage of music tracks online, but much of the material exists in the grey area of boot-legged peer-to-peer file sharing.

“All the other stuff out there is unlicensed. We’re the only licensed karaoke product on YouTube,” said Boyko.

It’s a win for the Montreal firm, an analyst agrees.

“Landing Google is as close as any karaoke company can get to the equivalent of an Olympic gold medal in the digital world,” said independent technology analyst Carmi Levy. “Google’s decision to sing on is proves that Stingray’s business model is legit and viable.”

He said Google has a highly sought after infrastructure and network suitable for mass distribution of digital media.

Licensed property is the key to the deal, according to Levy. Since most of the music online is user-generated and unlicensed. It’s very difficult for businesses to monetize them or sell ads on, he said. “It doesn’t matter if you’ve got millions of titles on-line. If you don’t have a license to a single track, you can’t make money.”

By partnering with Stingray, Google is taking advantage of the karaoke firm’s established expertise and well-stocked library of licensed songs.

“Google is the world expert on what it does but it doesn’t have the licensed tracks. Rather than starting from scratch, the best strategy of to tap someone who is doing it already,” Levy said.