A Toronto company is using Moneyball-like metrics to rank the most valuable – and undervalued – players in the startup world.

Cdling(pronounced ‘seedling’) Capital Services Inc. has developed ananalytics platform that measures the reputational influence of peoplewithin the startup ecosystem, including investors, company founders andexperts. By analyzing data about them — such as their socialconnections and links to financing deals – the program ranks theseplayers by how much clout and impact they have in the startup realm.

“We apply social network and financial analysis around players todetermine their rank across the (startup) ecosystem,” said founderMichael Cayley.

In the Oscar-nominated movie Moneyball,Jonah Hill’s character tries to build the Oakland A’s into a WorldSeries-winning baseball team by using relational statistics to acquiremajor league players who achieve the best performance at the lowestsalary, ignoring scouts who focus mainly on batting averages, RBIs andother standalone numbers. 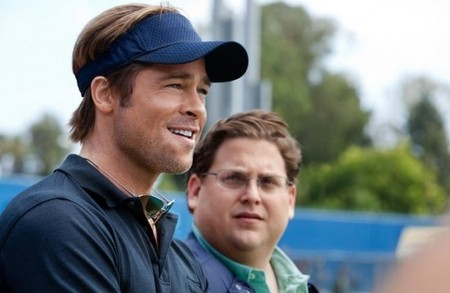 Cdling uses analytics to identify the most undervalued,underappreciated or underhyped players in the startup world byanalyzing their connections and funding results in that space. And justas Hill’s Moneyballcharacter preached that the highest paid baseballplayers aren’t necessarily the most valuable ones, Cdling ranks theclout of startup scenesters based on their connections to powerfulpeople and deals, not just the amount of venture capital or angelfinancing they raise or invest.

“We’re not ranking based on money. We’re measuring quality ofconnections (and) the predictive value of each player,” Cayley said.

For example, someone who’s never raised a dime of venture capital buthas several very close connections with other startups who’ve raised alot of money may be ranked more influential than a person who raisedmillions of dollars themselves, but has very few connections to otherpowerful people. Cdling also takes into account how many powerfulconnections someone has, how varied and widely distributed thoseconnections are, and where they’re based.

“We’re a ratings agency just like Standard & Poor’s or Fico,”Cayley said, referring to the debt and credit ratings services. “Therating is based on … who’s invested in who and with which foundingteams. We’re looking for connections that are consequential in terms offunding (and) funding success.”

The Moneyball-likeapproach to finding value beyond the biggest namesand money amounts can help startups, Cayley said, because if all ofthem vie for the attention and capital of the largest investors at thesame time, only a tiny fraction of them have a chance of raising anyfunding.

“Everybody knows who the very, very top (VC) players are. But noteverybody’s going to do a deal with them. This shows the great value inall of the other players.”

Cdling was founded in 2010. Its technology was used in last year’sOntario Cross-Border Technology Innovation Ecosystem (OCTIE) study tomeasure the most influential types of social networks and connectionswithin Ontario’s startup infrastructure. The company developed a mobileapp HTML 5 version of its platform last November.

Now Cdling is ready to commercialize its platform as a marketintelligence tool that can be customized for startups, investors,government agencies and others. The company has analyzed data on 23,000players in the startup realm so far, including 180 Ontario startupfirms.About 100 users have signed up to be part of an alpha version of theCdling system that went live on the company’s Web site a week ago.

Cdling is now in the middle of a three-month placement at the CanadianTechnology Accelerator, a program funded bythe federal and provincialgovernments to give Canadian tech startups a temporary business base inthe Silicon Valley enclave of Sunnyvale, Calif.

Cayley spent the last two days at the Launch startup festival in nearbySan Francisco to make connections and drum up potential clients.Meeting some investors or sponsors wouldn’t hurt either in this inningof the game: Cdling has received no funding from banks, VCs or otherinvestors so far.

“I’ve mortgaged my house,” Cayley said, but added that his firstmeetings with potential Canadian investors are set up for next week.

Christine Wonghttp://www.itbusiness.ca
Christine Wong has been an on-air reporter for a national daily show on Rogers TV and at High Tech TV, a weekly news magazine on CTV's Ottawa affiliate. She was also an associate producer at Report On Business Television (now called BNN) and CBC's The Hour With George Stroumboulopoulos. As an associate producer at Slice TV, she helped launch two national daily talk shows, The Mom Show and Three Takes. Recently, she was a Staff Writer at ITBusiness.ca and is now a freelance contributor.
Previous articleAvid Studio for iPad offers users more video editing power
Next articleCanada targets