The Toronto-based wireless carrier, which operates as an upstartalternative to Rogers, Telus and Bell, said in a news release that itsnew 21Mbps plans amount to “the most affordable 4G data service inCanada.”

According to our source article from Engadget, it’s a bit of a mixedbag. Mobilicity customers will get three times the speed if they’reusing the new $80 Huawei E366 modem or a compatible smartphone, butthere’s no longer unlimited access – service may be throttled if theysurpass the 6GB mark.

To avoid throttling, customers can add another 20GB under the two newplans: the $20 Premium Data Add-On for phones or the $50 Premium MobileData Internet Plan for data only. 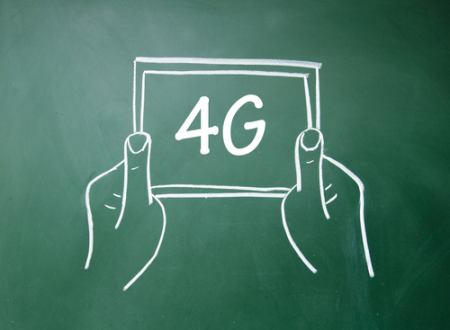 Mobilicity is calling its new21Mbps offering “the most affordable 4G data service in Canada.”(Photo: Shutterstock)

To navigate the sometimes confusing world of 4G, LTE and other termsbandied about by both large and small carriers alike, it’s worth takinga look at some past items we’ve run: Brian Jackson explores what theterm 4G really means and also concludesthat it’s often more about marketingthan service differentiation, and Kye Husbands lays out the differencebetween 3G and 4G which, he suggests, might not really bethatdifferent after all.

Christine Wonghttp://www.itbusiness.ca
Christine Wong has been an on-air reporter for a national daily show on Rogers TV and at High Tech TV, a weekly news magazine on CTV's Ottawa affiliate. She was also an associate producer at Report On Business Television (now called BNN) and CBC's The Hour With George Stroumboulopoulos. As an associate producer at Slice TV, she helped launch two national daily talk shows, The Mom Show and Three Takes. Recently, she was a Staff Writer at ITBusiness.ca and is now a freelance contributor.
Previous article
Copyright Modernization Act set to come into force
Next article
Canada Post delivers new online tools for e-tailers