Frantic callers searching for information about their loved ones jam the remaining communications lines in quake-devastated Haiti.

Meanwhile here in Canada, the major wireless carriers have set up a way for Canadians to  grab their cell phones and text donations for relief efforts in the Caribbean nation.

In the Canada and the U.S. relief organizations and telecom carriers are using short message service (SMS) or text messaging technology to enable callers donate set amounts in a matter of seconds.

Dubbed mobile giving, the trend is catching on fast among a younger mobile phone toting demographic, accustomed to tapping out text messages on their phones as means of quick communication.

As of Thursday, reports from the U.S. indicated that various mobile giving organizations raised no less than $4 million.

Rogers Wireless and Fido customers can donate $5 per call to the Haiti relief efforts by sending the text message HELP to shortcode 1291.

Across the border in Seattle the Mobile Giving Foundation (MGF), a three-year-old charitable organization, has partnered with several other groups as well as leading Canadian carriers to collect donations for Haiti quake victims using the same technology. 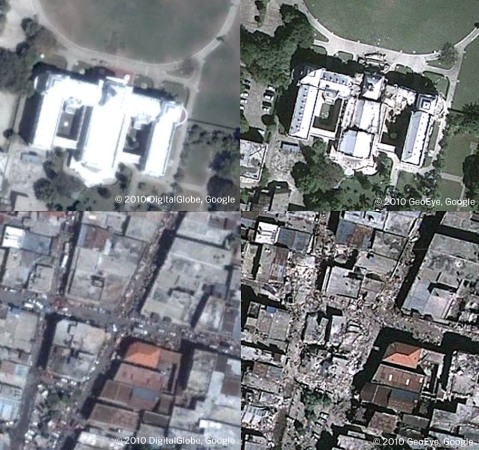 Before and after images of devastation from Google Earth

MGF processed donations for disasters such as Hurricane Gustav and Hurricane Ike, in the U.S.  But Manis said the organization was involved in similar activities much earlier — a few days after killer tsunamis struck in the Asia Pacific in 2004.

In Canada, MGF is partnering with Rogers, Fido, Bell and Telus, enabling these carriers’ customers to donate $5 – $10 per call, through MGF.

For donations to Salvation Army Canada: text the word Haiti to 45678

To donate $5 to the International Rescue Committee: text Haiti to 25383

To donate $5 to the rescue Union Mission and MedCorp International: text Haiti to 85944

About 6,000 Canadians are believed to be living and working in Haiti, although early reports did not mention any injured Canadians. The Canadian Embassy in the capital has been evacuated as a precaution.

About 15,000 Haitians live in Toronto; Montreal has at least 10 times as many.

In the recent past, cell phones and Web 2.0 tools have played a pivotal role in sending out information from disaster or conflict zones, when traditional means of communications were unable.

For instance in 2008, SMS and Twitter feeds were crucial in providing information about victims of a bloody terrorist attack in Mumbai.

Text messaging or SMS is the primary means of mobile giving. Cell phone users can make donations by texting a keyword to a specific short code.

Keywords are determined by the fundraising organization, and usually relate to the organization’s cause or purpose. Donation amounts are predetermined, usually $5, and users often have a limit of how many micro-donations they can send via SMS to a single campaign in one month.

After donating, users receive a confirmation text message and the donation amount is added to their monthly phone bill. 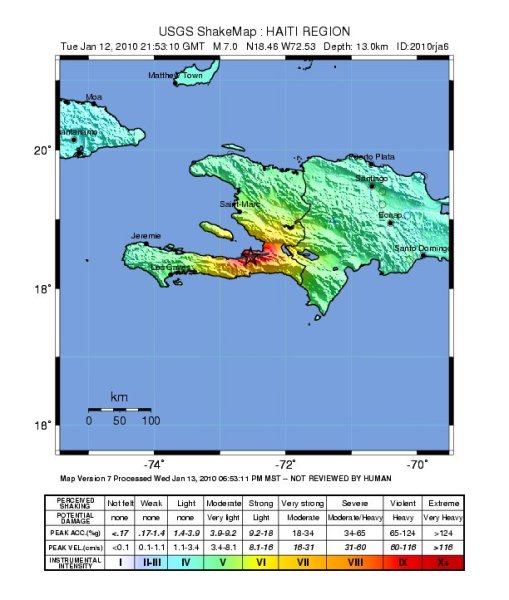 Cell phone users can access WAP donation pages by sending a specific text message to a designated keyword and receiving a link to the page in response, or by navigating to the page from a referring site. On reaching the WAP donation page, users are prompted to enter their cell phone numbers.

Manis of MGF said carrier will probably collect donations from their subscribers within 60 days of the campaign. Mobile giving groups such as MGF receive the money from the carriers after that. “The relief organizations typically get the money within 69 days,” he said.

Rogers kicked off its mobile giving initiative last September after a series of powerful “killer typhoons” struck the Philippines. In a matter of three weeks, the campaign was able to raise $24,000. Rogers supplemented that with another $20,000 from its own coffers.

For the Haiti campaign, the Canadian telecom company and the Rogers family will also donate $250,000 to Partners in Health, a medical and moral mission operating in Haiti.

Canadian subscribers may just be getting the hang of mobile giving. While its first forays into mobile giving produced relatively low turnout for a two week campaign, Barber of Rogers said, the carrier managed to raise as much as $23,000 on just the first day of the Haiti campaign.

“It’s definitely a trend that suits young cell phone users, who have new functionality on their phones,” Barber said.

“Young people learn of a disaster and want to help right away. Well their phone is already in their hands and opportunity is just a few taps away.”

But as in the case of other donation campaigns, donors are often moved by emotions.

As long as images related to the disaster are seen, interest in donating will be there, said Manis. “It also doesn’t hurt if there’s some celebrity involvement.”

While mobile giving is being employed in disaster situations, Manis believes it will also catch on with charities that need ongoing help. “Think about older people who want to donate to charities, but don’t want to be swamped with mail from these organizations.”

Suspended CRTC wholesale internet price gets the nod from Bell, but reseller...