With Google’s Pixel Bud headphones hitting the streets with an artificial intelligence-powered translation service, Microsoft is upping the ante with a new update to Microsoft Translator.

The new language additions to the NMT systems brings the total of languages supported up to 21. The 10 new languages are Bulgarian, Czech, Danish, Dutch, Hindi, Norwegian, Portuguese, Romanian, Swedish, and Turkish. 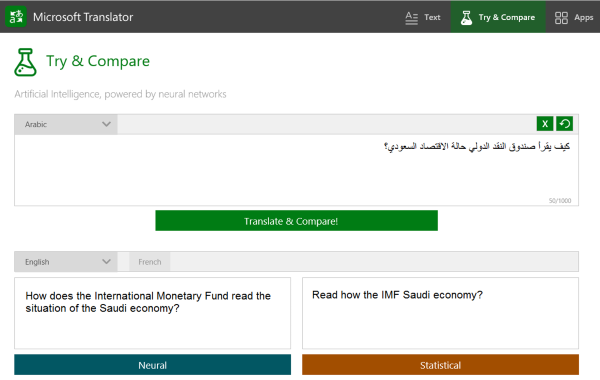 Although the full translation services are limited to these 21 languages, Microsoft has introduced hybrid translation when using only one of the two languages supported. This means that languages that aren’t supported should still see an uptake in accuracy. Microsoft accomplishes this because it uses English as a ‘pivot language’ so that even if you translate between two support languages such as Spanish and Swedish, the machine translations system usually translates Spanish to English, then English to Swedish.

Additionally, Microsoft aims to make it easier for developers to use NMT, by making it so that Chinese and Hindi translations to and from English are now using the NMT systems by default so developers can take advantage of this service without flipping a switch so-to-speak. This update will come to every language supported in the coming weeks and months.

Alex Raduhttp://www.computerdealernews.com
is a Video Producer for IT World Canada. When not writing or making videos about the tech industry, you can find him reading, watching TV/movies, or watching the Lakers rebuild with one eye open.
Previous articleSMBs excited about technology, but need help taking advantage, Startup Canada finds
Next articleCanadian firms place bets on Amazon Alexa to lift smart home, office markets