Capitalizing on the buzz around green IT, Seagate and Western Digital have released new “green” hard drives designed to use less power (in part by spinning more slowly than the latest generation of drives) and produce less heat (thus requiring less cooling).

The question is: Does performance suffer as a result? I tested two 2TB SATA internal drives to find out.

The best portable drives available for your Mac

In order to test the drives, I installed them into a Dell Dimension desktop running Windows XP SP3 and connected them to Promise Technology’s SATA300 TX4302 card, which enables older systems to benefit from SATA technology using a standard PCI slot.

I tested the drives with HD Tach 3.0 from Simpli Software using its grueling Long Bench test, which uses 32KB blocks for reads and writes across the entire drive. I also used version 2.55 of the HD Tune benchmark test (since it’s always a good idea to try more than one benchmark when you can).

Among its other environmentally friendly properties: Seagate claims that 70 per cent or more of the materials used in the drive are recyclable and that the drive meets the RoHS (restriction of hazardous substances) environmental standards. According to Seagate, the drive is also well suited to newer low-power PCs, networking appliances and personal attached storage devices.

Seagate uses the slogan “The new low-power drive that won’t slow you down” on its data sheet. However, its performance certainly isn’t as good as the current slate of full-power traditional drives; you’ll pay a 10 per cent penalty for eco-friendliness. On the HD Tach test, the drive had a burst speed of 113.8MB/sec. and an average read speed of 92.4MB/sec. Compared to my results when I tested last year’s 1.5TB Barracuda, burst speed is 13.5 per cent slower and read speed is 10 per cent slower.

Western Digital is proud of the “green” bona fides of its new enterprise Green Power drive. The company says it has reduced average drive power consumption by up to 50 per cent over competitors’ drives and about 25 per cent over its previous generation of RE-GP drives. Like the Barracuda LP, the drive runs quiet and cool.

The $329 WD RE4-GP (for Green Power) achieves its energy savings in part from its IntelliPower feature which, according to the company, balances spin speed, transfer rate and caching algorithms to provide power savings without crippling performance. Western Digital doesn’t even list its rotational speed in RPMs — instead, the company just shows “IntelliPower” on the spec sheet (and according to a company representative, they do not “spec RPM” for their Green Power lines of drives).

Another energy-efficiency feature, IntelliSeek, calculates the best seek speeds to keep power consumption, noise and vibration to a minimum. IntelliPark reduces power even further by unloading recording heads during idle periods to reduce aerodynamic drag and eliminate use of the read/write channel electronics. The drive’s active power management invokes idle mode when possible to cut power consumption; full drive recovery from idle mode is under one second.

For the record, the drive uses 6.8 watts during read/write operations and 3.7 watts when idle. Western Digital claims that for “large, data-hungry financial institutions and Web service providers,” electricity costs can be reduced by up to $100,000 per year with this drive (at $10 per drive per year, based on average U.S. utility rates).

If “going green” is your new IT mantra, and saving money on direct power costs (and indirect savings through reduced cooling requirements) is more important than the fastest performance, these drives are noteworthy options. And for people who use desktop applications that don’t read and write large graphics or document files and that remain idle for most of the time (while you make changes to a paragraph in Word, for example), going green makes sense.

The Western Digital’s slightly better performance in the HD Tune tests gave it an edge in this head-to-head comparison, possibly in part to its 64MB cache (compared to the Barracuda’s 32MB). On the other hand, if you prefer the HD Tach test results, the Seagate drive is the one to choose. No matter which drive you select, these “green” drives can’t match the performance of their more energy-hungry siblings, but for everyday open/edit/save chores, both offer sufficiently solid performance to keep your computing tasks flowing smoothly. 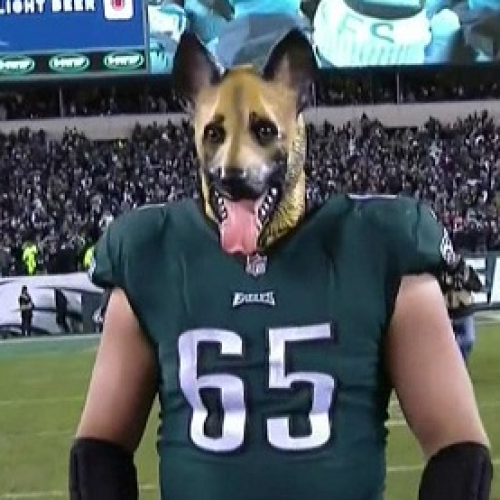 Don’t just think about it, StuffIt