Don’t panic if you see more people waving their smartphones at billboards and TV screens these days.

They’re not crazy – but they are part of a location-based marketing (LBM) craze that’s on the verge of some big growth, according to apanel at Social Media Week in Toronto.

LBM uses geolocation technology like GPS or cellular tower signals totrack where people are and deliver marketing content to their mobiledevices based on their whereabouts. If someone downloads a retailer’sLBM app to their smartphone, for example, they’ll be alerted toexclusive discounts, giveaways or other marketing messages on theirphone each time they enter one of that retailer’s stores. LBM works inconjunction with technologies like SMS text messaging, QR codes andnear field communication (NFC) so consumers can receive theinformationand even purchase goods using their smartphones by simply waving ortapping them on specially equipped sales terminals in stores. 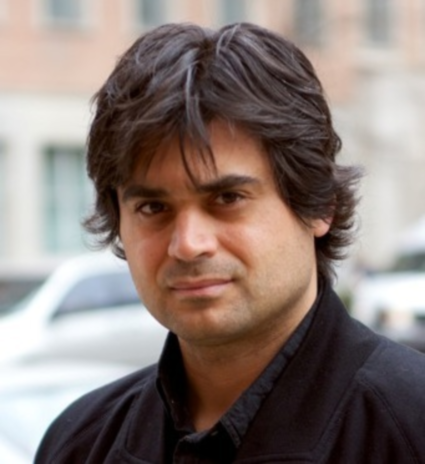 The LMB trend, which got a huge initial push with the launch ofFoursquare in 2009, is poised formass adoption in the next two yearsbecause it’s a form of marketing that’s even more personal, targetedand immediate than social networking, said Asif Khan, Toronto-basedfounder and president of the Location Based Marketing Association.

“It’s (about) knowing where every single one of your customers are inproximity to your stores at any one time,” said Khan, who took part inthe event via teleconferencing from London, England. “We’re not justselling media, we’re selling media addressed to who is there.”

Though Facebook “likes” can tell acompany how many people prefer orknow its brand, that simple number can’t tell a company how close thosepotential customers are to its stores or brands in real time, Khanadded.

U.S.-based Foursquare is  location-based social network thatletsusers “check in” when they arrive at a destination so they can connectwith other users. Foursquare Brands allows users to follow companies onthe site and check in to their locations where they can get tips andother corporate information. Foursquare had 10 million registered usersas of June 2011 and said it expected, by the end of that month, toaverage three million check-ins per day and surpass 750 million totalcheck-ins overall since its inception. Gartner Inc. predicts the globaluser base of location-based mobile devices to hit 1.4 billion people by2014. 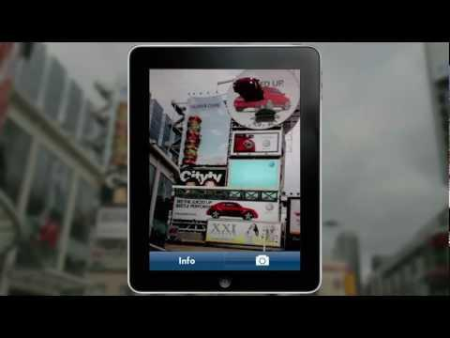 The popularity of LBM could rise substantially in Canada over the next couple of years based on forecasts that 50 to 60 per cent of all smartphones in Canada will be NFC enabled by the end of 2012, said panelist Rami Lama, director of director of mobile marketing and strategy analysis at Toronto marketing agency SapientNitro.

Khan cited numerous examples of LBM being used today, including:

Angry Birds: The game’s maker has struck deals with sponsors to create “magic places” such as retail stores. If Angry Birds players meet each other in one of the designated “magic places”, they can touch their smartphones together to get exclusive access to another level of the Angry Birds game.

Augmented reality: Shoemaker Airwalk released an augmented reality LBM app to promote two new brands of sneakers. To buy one of 300 limited editions pairs of the sneakers, people had to download the app, then show up at one of two GPS mapped locations (one in New York, the other in Los Angeles) and point their smartphones at an exact spot to view a virtual pop-up store selling the shoes. Then they received a special code on their phones so they could purchase the shoes.

Chicago buses: Geolocation devices in some buses capture location-based demographic data for each neighbourhood the buses pass through. Then ads targeted to those demographic niches appear on digital screens on the side of those buses as they travel through those areas.

LBM is getting more popular in the U.S. and Europe but Canadian advertisers are still taking more of a wait-and-see approach, Lama said.

“It’s not that big in Canada yet. Convincing (companies it’s cool) is the easy part. But people just don’t understand what to do with it yet,” he said.

He said a Volkswagen billboard across from Toronto’s Eaton Centre is one of the few examples of LBM in Canada. People who download VW’s JuicedUp app can point their tablet or smartphone at the billboard to see an augmented reality video of a VW Beetle jumping out of the billboard.

Even though LBM isn’t being widely used in Canada right now, it has already raised concerns about privacy here. Last year Ontario’s privacy commissioner Ann Cavoukian released a white paper recommending guiding principles to be used by companies collecting location-based data from mobile devices. Among them: that companies should give consumers clear notification that their data is being collected, and companies should get a person’s consent to collect data or assume they’ve opted out if consent is not granted.

Christine Wonghttp://www.itbusiness.ca
Christine Wong has been an on-air reporter for a national daily show on Rogers TV and at High Tech TV, a weekly news magazine on CTV's Ottawa affiliate. She was also an associate producer at Report On Business Television (now called BNN) and CBC's The Hour With George Stroumboulopoulos. As an associate producer at Slice TV, she helped launch two national daily talk shows, The Mom Show and Three Takes. Recently, she was a Staff Writer at ITBusiness.ca and is now a freelance contributor.
Previous article
TDSSKiller digs out rootkits
Next article
CIRA launches DNSSEC knowledge centre

What can indoor data tell you about your business? Quite a lot,...