With unemployment rates for Canadian youth hovering around 13 per cent – and nearly half of those employed in part-time jobs – college and university graduates face an uphill battle when commencing their first job search, and LinkedIn Corp. would like to help them out.

Yesterday the company released a new Tinder-like app, LinkedIn Students, which provides users with a daily list of five jobs to consider and invites them to swipe right when they see a promising match.

“It’s a tough market out there,” LinkedIn Canada’s communications lead, Julie Dossett, tells ITBusiness.ca. “There’s lots of opportunity, but… I don’t think we’ve ever seen a labour market as complex, and that evolves as quickly, as what we have right now.”

“I think a lot of students are worried about how they’re going to break into a job market that’s not always super friendly to entry-level employees, so this is a really great way for them to find those opportunities,” she continues.

When users first log into the app, LinkedIn Students analyzes such information as their university, interests, and field (or fields) of study, comparing it with the company’s 400-million-plus user database to make its recommendations, which are based on factors including the career paths of recent alumni with similar degrees, companies which have hired graduates from the user’s program or school, jobs held by other professionals who share the user’s interests, and alumni who might be able to connect them with opportunities in their chosen field.

In addition to job postings, the app suggests companies or alumni that students might want to connect with and articles with career advice, and while its initial analysis is strongly tied to a user’s educational background, the more they add to their profile the more intelligent the app’s recommendations become, Dossett says. 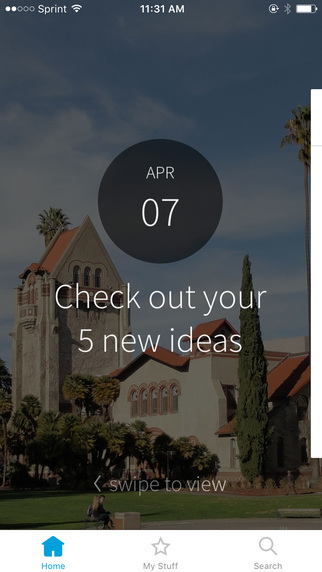 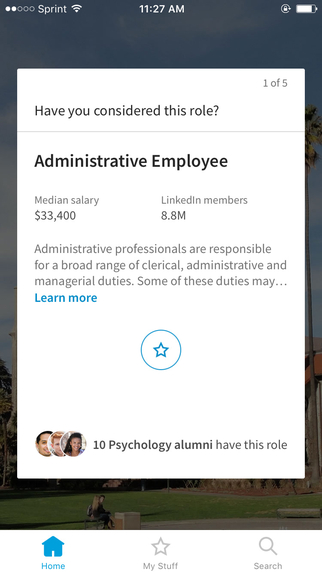 With more than 740,000 Canadian students on LinkedIn, the company is hoping its college and university-age members use the new app as a personal job hunting guide, Dossett says. Canada is only the second market to roll out LinkedIn Students after it was successfully launched in the U.S. last month.

“I think of it as a great pinpointing tool,” Dossett says. “It really comes down to our core mission, which is about unlocking opportunity.”

Check out the video below for more information. The iOS version of the app can be downloaded here, while Android users can download it here.

Eric Emin Wood
Former editor of ITBusiness.ca turned consultant with public relations firm Porter Novelli. When not writing for the tech industry enjoys photography, movies, travelling, the Oxford comma, and will talk your ear off about animation if you give him an opening.
Previous articleAre giant fighting robots the next big spectator sport?
Next article3 campaigns that demonstrate the future of marketing according to Google Canada’s agency lead