Experts are divided over whether Microsoft Corp.’s $26.2 billion USD acquisition of LinkedIn Corp., which the companies announced on June 13, is a good thing, with at least one Silicon Valley analyst saying it depends on whether the company has learned the right lessons from less-than-successful ventures such as Yammer or Nokia.

By contrast, current CEO Satya Nadella’s tenure has been marked by speed, punctuality, and new opportunities for growth – including, potentially, LinkedIn, he says.

“The challenge… and this is examining the acquisition from a longitudinal perspective, is that enterprise software companies have always tried but never done well as data as a service (DaaS) companies,” Mueller tells ITBusiness.ca. “If Microsoft can keep LinkedIn flourishing, and use it as a data as a service offering to complement its own solution, that may be a first.”

As LinkedIn represents Nadella’s first large acquisition, Mueller says, it’s impossible to say how successful the new venture will be.

However, from a business perspective the acquisition makes sense, he says: LinkedIn’s business model has always focused on monetizing its social network of more than 433 million professionals, and Microsoft, which has already announced features such a LinkedIn newsfeed in Microsoft Office, will provide many new opportunities to do so.

But Mueller isn’t certain that even LinkedIn recognizes the reason for its success: Originally designed as a marketing solution, it’s become one of the most successful HCM (Human Capital Management) software companies in North America, offering a recruitment solution that generates more than 60 per cent of its profits.

During a June 13 conference call, Nadella was asked what made the LinkedIn deal different from previous Microsoft acquisitions, and responded with a phrase he had used in an email to company employees, saying the acquisition “checks all [the] boxes,” including Microsoft’s structural position.

When another listener asked how Microsoft would be monetizing LinkedIn’s offerings, Nadella said – as he had in the email – that any enterprise-redefining features Microsoft was planning for Office 365 and Dynamics would require data, and that LinkedIn’s professional network represented some of the best available.

Microsoft has certainly given itself more than enough incentive to make good on its investment in LinkedIn: according to Jenny Sussin, a research director in Gartner’s ITL enterprise software group, the latter company’s $26.2 billion USD purchase price represents a new record for both customer data and algorithms.

But while Sussin thinks the acquisition is a good investment for Microsoft, she isn’t sure that LinkedIn will reap similar benefits.

“One of the things we’ve found in our research is that consumers are less concerned about data breaches than they are about companies misusing their data,” she says – and Microsoft, which has already announced such features as virtual assistant Cortana’s ability to use LinkedIn data to educate users about a prospective client, could easily cross that line. 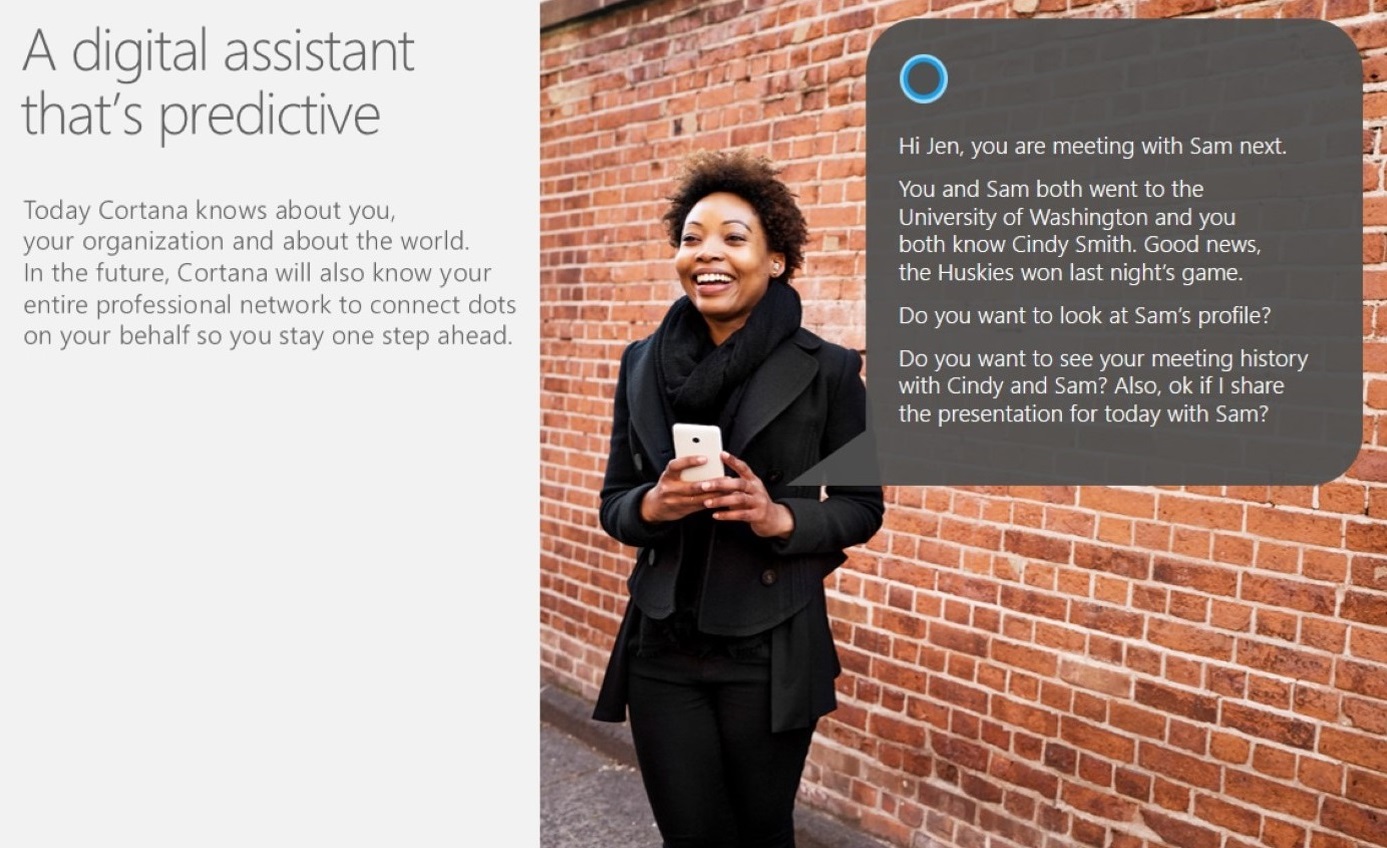 “People share information in certain places in a certain way, because they intend to see certain outcomes as a result,” Sussin says. “If customer data is used in a way that customers do not want… They’ll stop updating as heavily as they used to, and the data will become stale, just like every other data source that people hate using today.”

To his credit, Nadella emphasized consumer privacy when asked how Microsoft and LinkedIn planned to combine their information networks during the June 13 conference call.

“We keep these two worlds separated, because there’s public information and there’s tenant information – which is the customer’s own data – and… nothing gets connected without customers opting in,” he said. “Customers [will] decide what to connect and we believe customers will connect… because of the value it generates for them.”

Of course, not every analyst is as cautious as Mueller and Sussin.

In an email, Al Hilwa, International Data Corporation (IDC)’s program director of application development software research, told ITBusiness.ca that he believes the acquisition is a positive one that will give Microsoft both a strong addition to its application business, and new tools it can use to collect knowledge worker data.

“I think it’s well-timed for LinkedIn,” she says. “Their shares were slipping… and I like the notion of LinkedIn’s capabilities being integrated into Office 365… I think there’s a lot of potential there.”

Rowan does not see the acquisition affecting the HR software market just yet, saying that she believes it will lead to new features being added to both companies’ products first.

“I think we could see a broadening of what the two companies can do together in the talent management space,” she says. “Having a better understanding of who’s in your workforce, who could be in your workforce, what the right profile is for a good employee, where you are gaining or losing employees – there are lots of analytical capability notions in my mind.”

Our thanks to investment research platform Seeking Alpha for the transcriptions from Microsoft’s June 13 LinkedIn acquisition conference call.

Eric Emin Wood
Former editor of ITBusiness.ca turned consultant with public relations firm Porter Novelli. When not writing for the tech industry enjoys photography, movies, travelling, the Oxford comma, and will talk your ear off about animation if you give him an opening.
Previous article
Canadian firms’ definition of “remote” work less than ideal, Citrix says [infographic]
Next article
Top business smartphones of 2016: Moto G4 Plus review