The LG V60 ThinQ 5G will officially come to Canada on April 9 to claim the top spot in LG’s phone lineup.

It’s almost expected of flagship phones to include more than two cameras. Contrasting that expectation, the LG V60 ThinQ 5G comes with just a 64MP wide-angle camera, a 13MP ultrawide angle camera, and a Time of Flight (ToF) sensor. Note, however, that the main camera uses a new sensor with a higher resolution than previous LG phones.

The V60 ThinQ 5G continues the dual screen tradition started by its V50 series smartphone, coming with a display that snaps on like a case. The second display can be used to launch a second full-screen app, extend a single app, be used as a keyboard or as a dedicated gaming pad.

Both the phone display and the dual screen case uses a 6.8-inch P-OLED panel with a 2,460 x 1080p resolution, working out to a respectable 395 pixels-per-inch (PPI). Although the displays support HDR10+, their 60Hz refresh rate won’t be as smooth as their competitors.

The battery measures in at an excellent 5,000 mAh. Its extra-large capacity is needed to power both the main phone and the secondary display on top of the 5G radio. The phone supports wireless charging and QuickCharge 4.0+, which delivers power at 25W over a USB-C cable. 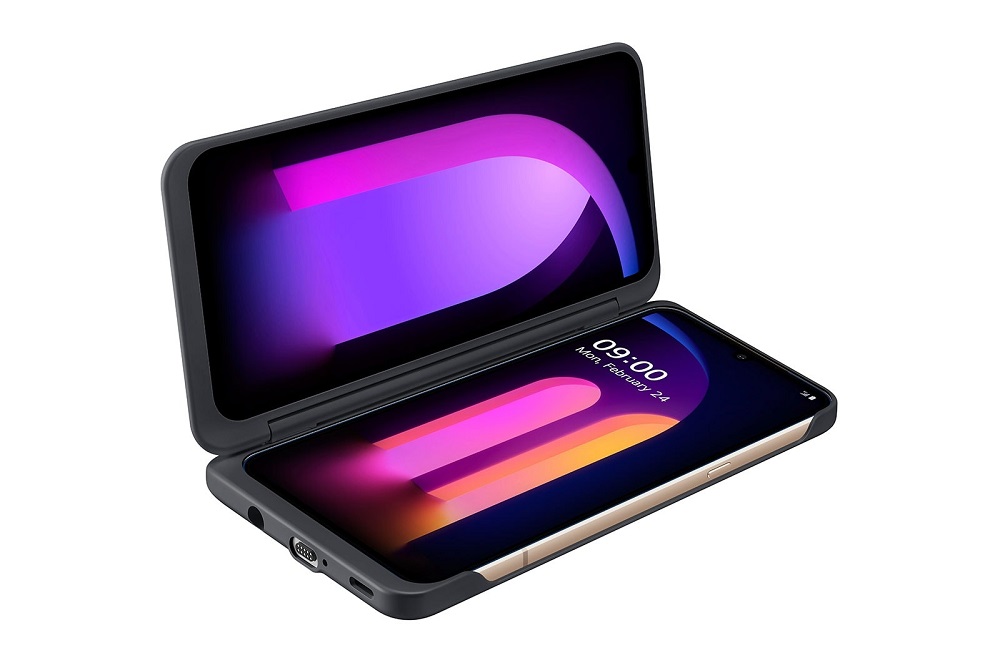 Memory and internal storage are locked at 8GB and 128GB respectively, although you can still expand the storage by adding a microSD card. Biometrics is handled by an in-screen fingerprint sensor. Software-wise, the V60 ThinQ 5G runs LG’s UX built on Android 10.

Pricing has yet to be announced.

Tom Li
Telecommunication and consumer hardware are Tom's main beats at IT Business. He loves to talk about Canada's network infrastructure, semiconductor products, and of course, anything hot and new in the consumer technology space. You'll also occasionally see his name appended to articles on cloud, security, and SaaS-related news. If you're ever up for a lengthy discussion about the nuances of each of the above sectors or have an upcoming product that people will love, feel free to drop him a line at [email protected]
Previous article
Hashtag Trending – WhatsApp changes; Huawei assists Canada with mask shortages; Zoombombing is a crime
Next article
Cyber Security Today – WhatsApp clamps down on COVID-19 fake news, Zoom makes passwords mandatory, hack at an Italian email service and FBI advice to prevent email scams