LemonStand started the day with some sweet seed funding this morning. 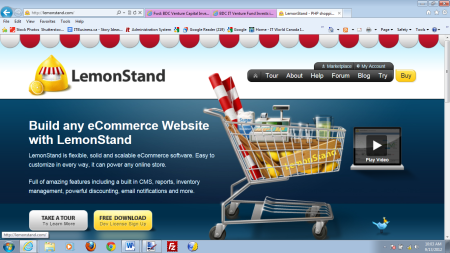 LemonStand’s ecommerce platform helps mid-sized retailers anddevelopers create customized online stores in an easy, affordable way.The two-year-old firm said that in the past year its customer base hasdoubled and its merchant transactions have grown by 250 per cent.

The company’s platform was released into public beta in January andwent into wide release in July. Commercial licenses for the platformstart at $299 but developers canuse a free trial version here.

In May, LemonStand was one of 20 Canadian startups chosen for 48 Hoursin the Valley. The  program is run by the C100, agroup ofCanadians working in Silicon Valley who provide mentorshipopportunities for fellow Canadians in California’s techsector.

iPhone 5 to start shipping in Canada on Sept. 21