At Adobe Max this week, Grammy award winner John Mayer unveiled an unusual augmented reality music video that puts his fans in the picture … in a very real way.

Lynch held up print out of the special “visual key marker” that triggered ‘Heartbreak Warfare’ (a single from Mayer’s upcoming Battle Studies album) and showed the CTO’s face in the video – giving the impression he was an integral part of the scene.

Designers, marketers dazzled — and frazzled — with profusion of new apps

Soon after the demo, Mayer himself came onstage to talk about the video. 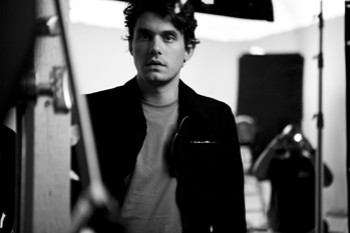 It exemplifies the totally unexpected things that can be accomplished when music and technology come together, the singer said.

“My generation is always looking for new experiences and sometimes the content becomes secondary to the experience.”

The Grammy award winner said he got his first break when technologies such as file sharing were all the rage. Today with AR you can offer fans an experience that’s “up to par with the content, creating something that really lasts.”

How does he think his fans will react to the AR features in the video?

“Knowing my fans half of them will find a problem with it,” he said. “And the other half will argue with that half. Meanwhile the colour of the responses on the online message board will change from red to yellow, and then they’ll start making fun of one another’s grammar!”

On a more serious note, Mayer suggested that new technologies such as AR can play a huge role in keeping the profile of a musician vibrant and alive.

The novelty surrounding musical artists tend to wears thin, he noted. “After a while, people start taking you for granted.”

New media technologies, such as AR, do unexpected things, he said, keeping the experience always novel for your fans.

While AR has been variously defined, its hallmark is blending of the physical and virtual worlds, and usually involves digitally combining live video footage with computer-generated graphics.

Sometimes augmented reality produces an interactive, three-dimensional hologram that can be manipulated.

That’s the case with of yet another Flash-based AR application – the “Priority Mail virtual box simulator” – that’s currently available on the US Postal Service Web site.

Here’s how it works.

The John Mayer video, and USPS projects exemplify some of the unusual ways AR technology can be used Lynch and other Adobe execs said.

The range of potential applications – for marketing or to enhance customer service and satisfaction are virtually limitless, they said.

Another tool that caused a lot of buzz on Day 2 of Adobe Max was a Flash widget that allows developers to quickly distribute and monetize their apps.

Serge Jespers, senior platform evangelist at the firm – and the widget’s creator – came onstage to talk about it.

He said as a proof of concept he used the widget to push out a multi-player game he created to social networks.

To accomplish this, he said, he used Distribution Manager, an Adobe service that enables developers and businesses to  distribute their apps to social networks, mobile devices, and desktops.

“In few minutes you can make your apps distributable to Facebook, MySpace, iGoogle, also to their own blogs,” Jespers said. “You can e-mail it to your friends or even install it on your desktop. And when you publish an app this way you have the option of allowing fees for your application – so you actually get paid.”

As access to the service is free, as are the extensions and plug-ins, starting to use the service is really easy, suggested Ben Forta, senior product evangelist at Adobe.

Joaquim P. Menezes
Previous article
Amazon expands Kindle to over 100 countries, but not Canada
Next article
How your BlackBerry makes you a target for spies