ITBusiness.ca and its parent company IT World Canada (ITWC) have been honoured with several nominations at this year’s Canadian Online Publishing Awards.

ITBusiness.ca received two nods, one for best news coverage for afeature story on the 2012 federal budget, and the other for best mobileoptimized Web site for our mobile site welaunched this spring.

IT World Canada’s nominations are for best use of social media (ITWC’sBlogosphere),best use of video or multimedia feature (TheCIO Debate),best digital replica edition of a print publication (ComputerWorldCanada), and best data visualization (ITWC: The MobileAvalanche). That brings ITWC’s total nominations to sixoverall. 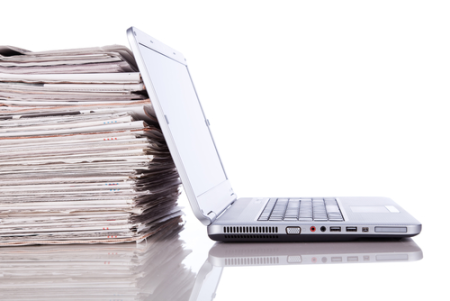 “What an incredible team and now the rest of Canada is recognizing it,”ITWC’s president and group publisher Fawn Annan wrote in acongratulatoryemail to all ITWC staff. “Be proud, great work to all.”

The diversity of the nominations this year suggests that more than justwriting, editing and design have been recognized at ITWC and its onlineproperties, said Dave Webb, ITWC’s chief content officer.

“I think this recognition is reflective of a couple of things. Therange of categories for which we’re nominated is really across theboard, which I think reflects the breadth and depth of talent we have.And the nature of the categories really demonstrates that an editorialteam isn’t just writers anymore. Project management, Web and graphicdesign, and all our support functions really have to be integrated tosucceed in a digital reporting landscape.”

All of ITWC’s nominations are in the blue category at the COPAs,which are presented annually by Masthead Magazine to honour the best inCanadianonline publishing. The blue category specifically honours digitalpublications targeting business-to-business, professional associationand scholarly content.

ITWC’s digital publications have traditionally fared well at the COPAs,now in their fourth year. ITBusiness.ca won the gold award for bestonline-only publication in 2010 and also tied for gold in the samecategory in 2011. Lastyear ITWC took home two golds for best cross-platform initiative andbest digital replica, as well as a silver for best news coverage.

The COPAs will be handed out in Toronto on Oct. 22.

ITBusiness.ca and its parent company IT World Canada (ITWC) have been honoured with six nominations at this year’s Canadian Online Publishing Awards.

Christine Wonghttp://www.itbusiness.ca
Christine Wong has been an on-air reporter for a national daily show on Rogers TV and at High Tech TV, a weekly news magazine on CTV's Ottawa affiliate. She was also an associate producer at Report On Business Television (now called BNN) and CBC's The Hour With George Stroumboulopoulos. As an associate producer at Slice TV, she helped launch two national daily talk shows, The Mom Show and Three Takes. Recently, she was a Staff Writer at ITBusiness.ca and is now a freelance contributor.
Previous articleMint Wallet wins Royal Mint’s $50,000 digital cash challenge
Next articleRoute1 offers secure remote access in a USB key

Most financial institutions embracing digital transformation in theory, but not practice: OpenText