For Canadian sprinter Gavin Smellie no training session for the Rio Olympics is complete without a session in front of a computer screen.

“When we run, we wear a small GPS that tracks every step we take,” he said following a recent appearance at the Ontario Science Centre. “It creates a graph that gives us an idea of where we are speeding up or where we might be fading.”

In the 4X100 relay, he said it’s especially important at the transfer point that the athletes involved in the handoff are travelling at exactly the same speed.

“If you look at the graph afterward and there’s a dip, well, that’s terrible.”

In the 2012 Summer Olympics, Smellie was part of the relay team that initially believed they had won bronze but they were disqualified when officials judged that one of the team had stepped on the lane line just before passing the baton.

“Some people are critical of the use of technology in sport. They talk about keeping sports pure. I am all for competition on a level playing field, but the world is evolving and if a little bit of technology can help an athlete to perform at their peak, then I don’t see any problem with that.”

Smellie was part of a panel that followed the premiere of a CBC documentary The Equalizer, which examined the role of technology in sport. The one hour piece explored whether today’s record holders are better than the champions of the past or do they get their edge from their high tech gear.

The video looked at five sports and had modern athletes “ go old school” using the equipment of an earlier generation. Among the challenges: Canadian sprinting sensation Andre De Grasse runs 100 metres in leather shoes recreated from the ones that the legendary Jesse Owen wore in the 1936 Olympics; World champion track cyclist Sarah Hammer competes on replica of a 1960’s era bike used by cycle pioneer Beryl Burton; and Olympian Adam van Koeverden trades in his GPS-equipped, computer designed carbon fibre kayak for a canvas and wood veneer version that was used by the likes of kayak champion Gert Fredriksson in mid-1940’s.

Dr. Greg Wells, a sports scientist who was also part of the post-video panel, said in addition to technology, huge improvements in nutrition, coaching and facilities have all advanced athletic performances.

Working to enhance athlete performance is likely to play a large part in the Canadian sports start-up landscape. Ryerson University’s innovation hub, DMZ, is one of the few business incubators in North America with a dedicated vertical set up exclusively for sports startups. 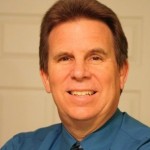 Steve Proctor
Steve is Vice-President Marketing and Communication with ITWC. He spent 25 years in progressively senior positions as a journalist and editor with the Halifax Herald, with his final ten years as Business Editor. He has published two books and his freelance articles have appeared in national and regional magazines. He has led social media and communication efforts for two crowdfunding ventures and written and directed numerous dinner theatres for charitable endeavours.
Previous articleMicrosoft announces release date for HoloLens hardware debut
Next articleHere’s how to use your voice to write and edit in Google Docs