The naysayers are coming out of the woodwork to cast doubt on Steve Ballmer’s Windows 8 app strategy.

Windows 8 gets its official debut later this month but with just weeksto go, critics are deriding the lack of apps available for Microsoft’snew operating system.

In our source story from Computerworld,at least one analyst iscritical of the fact that CEO Ballmer only started publicly courtingapp developers for Windows 8 last week. Is it too little too late? Itmight be, according to analyst Patrick Moorehead of Moor Insights& Strategy. 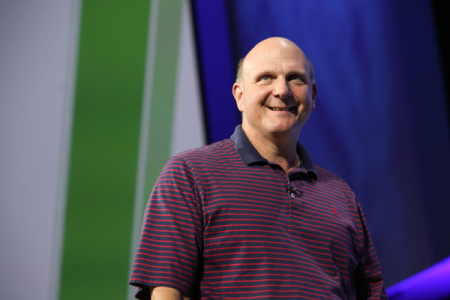 Moorehead says Microsoft needs to have at least 5,000 apps inits new Windows 8 app store to make a respectable showing after the newoperatingsystem launches. To date, it looks like only half that number of appsare available in the app store.

Related Story | A glimpse into the Windows 8 app strategy

If Ballmer and team fail to boost the number of Windows 8 apps outthere, it could seem like a repeat of the PlayBook launch fiasco atResearchand Motion when users complained about the dearth of apps available forRIM’s tablet. Recent research isn’t putting a rosy hue on Ballmer’sattempt to woo developers; only 33 per cent of mobile developerssurveyed in late August by Appcelerator and IDC said they are “veryinterested” indeveloping for Windows 8 tablets compared with 85 per cent for iOS and83 per cent for Android.

Christine Wonghttp://www.itbusiness.ca
Christine Wong has been an on-air reporter for a national daily show on Rogers TV and at High Tech TV, a weekly news magazine on CTV's Ottawa affiliate. She was also an associate producer at Report On Business Television (now called BNN) and CBC's The Hour With George Stroumboulopoulos. As an associate producer at Slice TV, she helped launch two national daily talk shows, The Mom Show and Three Takes. Recently, she was a Staff Writer at ITBusiness.ca and is now a freelance contributor.
Previous article
Canadian and U.S. lobby groups forge crowdfunding alliance
Next article
Web sites scare up new markets for old clothes – and Halloween costumes