With the release of iPhone SE, Apple seems to be bucking the phablet trend of yesteryear and opting to return to its roots of a smaller form factor.

But does a compact body mean greater durability?

SquareTrade Labs, the same company that brought you durability tests for the Samsung Galaxy S7 and S7 Edge, and iPhone 6s and 6s Plus has released another test, this time for the iPhone SE.

Its results indicate that it is not as durable as the iPhone 6s, which trumps both the SE and 6s Plus in nearly every test.

These tests included bending, submersion in water, tumbling and drops with the device face down.

Despite a thicker body, the SE bent at 160 pounds of pressure, making it the most susceptible to failure by bending among all three phones.

While the iPhone 6s survived a whole 30 minutes and only lost audio when submerged in 5 feet of water, the SE permanently shut off in less than a minute.

The SE fared better when it came to tumbling, receiving only minor scratches after 30 seconds of tumbling. Nevertheless, it’s surpassed by the 6s, which came out unscathed. The iPhone SE began to crack across the screen after five corner drops, while the 6s and 6s Plus only had minor cosmetic damage after 10 drops.

Overall, it was scored in-between the 6S and 6S Plus in breakability.

Check out the infographic below, keeping in mind that a higher score means the phone is more fragile. 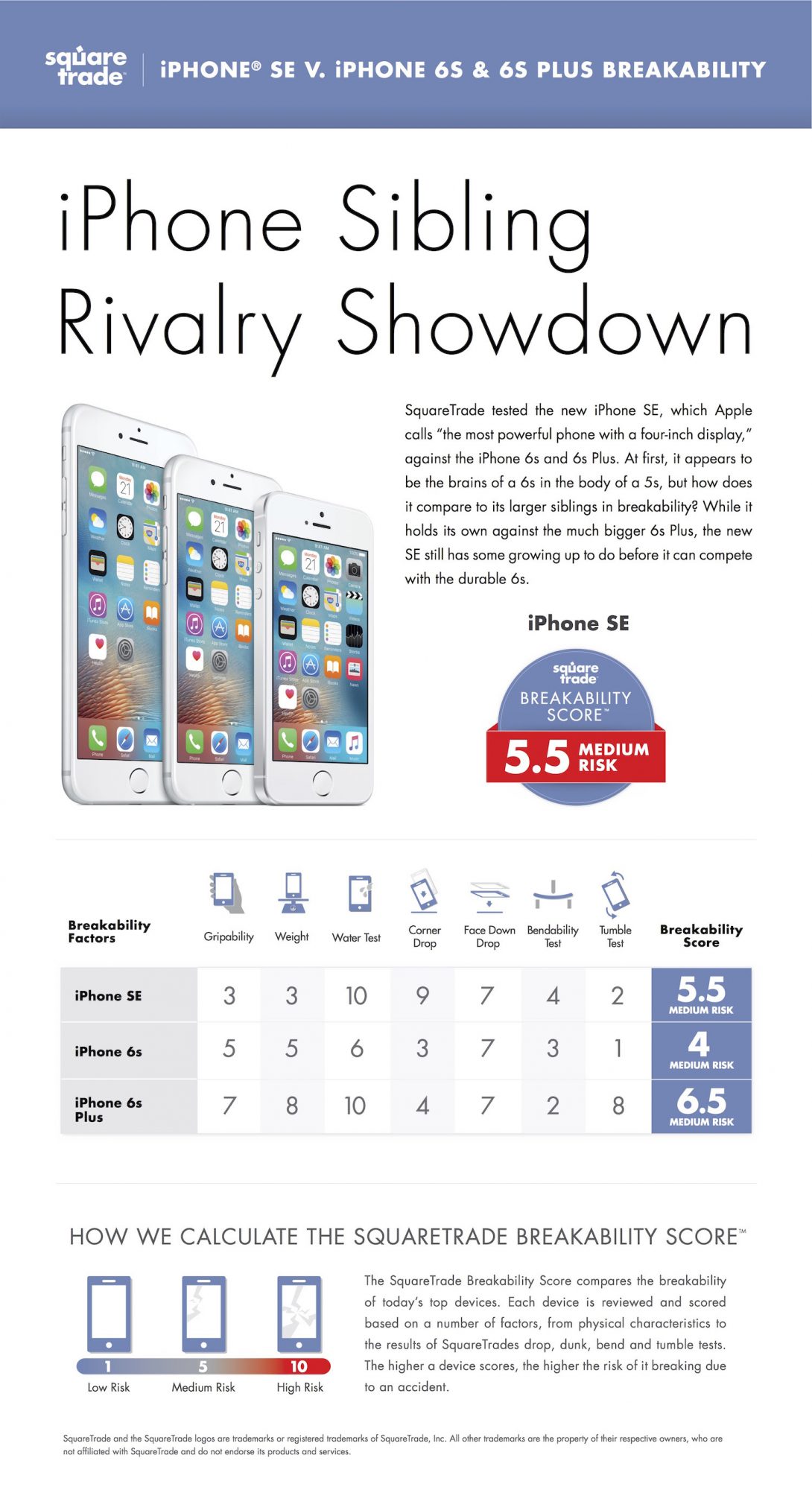