The Google Nexus One, Motorola Droid, and the iPhone have been put to the test to find out which smartphone has a better touchscreen. But despite overall more capable hardware, the iPhone still has a better display, it has been revealed in a recent test.

The Moto Development Group has tested the touchscreen accuracy of four leading smartphones, three running on the Google Android platform (Nexus One, Motorola Droid, HTC Droid Eris) and the Apple iPhone 3GS. The tests show that the iPhone comes out on top.

The Moto group, which is unrelated to Motorola, claims it has experience developing products that use capacitive touch technology, like the one used on the iPhone, on the Nexus One and on the Motorola Droid smartphones.

‘All Touchscreens are Not Created Equal’ 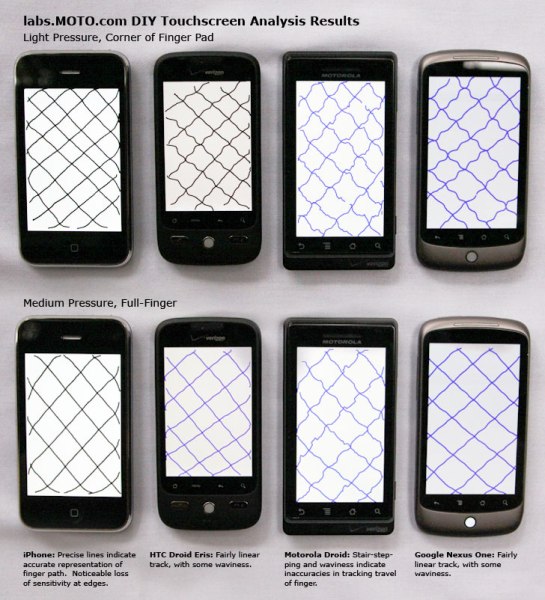 In order to compare the phones, Moto developed a simple test, which implied drawing lines across the screens of all four phones using a drawing application. The tests measured the screens’ accuracy depending on various factors, such as applying pressure on the screen with the full pad of the finger or just the dry corner.

Under these circumstances, the iPhone came out first for touchscreen accuracy in Moto’s tests, with all three Android devices lagging behind. “On inferior touchscreens, it’s basically impossible to draw straight lines,” the report noted.

Despite larger, higher resolution screens on both the Google Nexus One and the Motorola Droid, the lines drawn on the iPhone’s smaller, lower-resolution screen were more accurate in these tests.

Moto’s tests also highlight the phones’ screen performance at the edges, where it notes that the iPhone has a sensitivity problem. The Droid Eris was named the winner in this category by the tests.

The group puts the difference in touchscreen accuracy between the four phones on the quality of the touchscreen sensor, which has to have the highest signal-to-noise ratio. 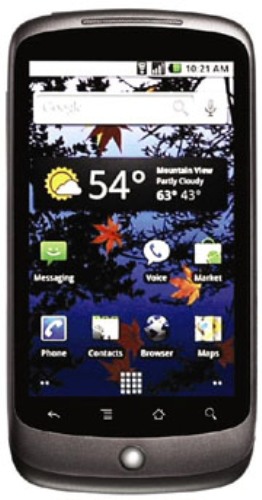 “When a manufacturer gets it right, the device tracks touch inputs almost as if they were connected to physical objects in the real world,” the report claims. “Get it wrong and consumers end up with inferior touchscreen systems that are inaccurate, insensitive, and absolutely infuriating to use for typing.”

Work-related New Year's resolutions you're likely to make ... and break