Intuit’s recipe for IT bliss: one room, two pizzas and 24 hours

Ever wondered (or dreamed) about how to whittle down the time between when your employees submit ‘tickets’ to your IT department and the end point when they’re actually resolved?

Clearly deciding that it was getting out of hand, Goodarzi took aradical approach to tackling the problem of how to resolve IT problemsmore quickly. How radical? It basically involved putting all theplayers involved in a certain ‘ticket’ request into one room and makingthem hash it out until all parties agreed on how to resolve it.

Related Story | Managers have little faith in IT department: survey

As our source story from Computerworldexplains, that required a firststep of figuring out exactly which players really needed to getinvolved so the time and energy of non-essential people wasn’t wastedon every single problem. Goodarzi calls it the “pizza rule.”

“You need to put together small teams that are no larger than can befed by two pizzas,” he told Computerworld. 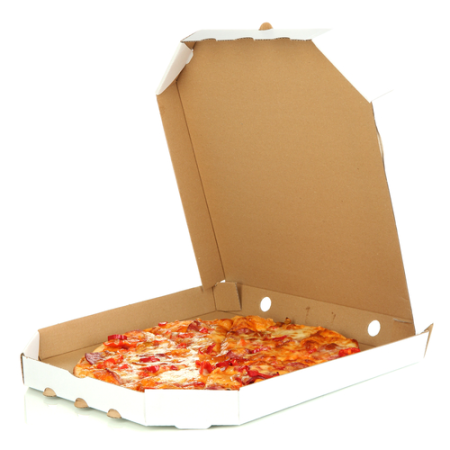 Two of these and a dash of extreme deadlinepressure did wonders for the IT department at Intuit. (Photo: Shutterstock)

Next, deadline pressure was applied on all the parties remaining inthat room, to prevent issues from sliding towards an endless timelineof actually getting the stuff done. With those parameters set for keypeople and defined deadlines, the process was basically boiled down tothis: a user would explain what they wanted or needed done, an ITperson would talk about how they could go about solving that issue, andthe original user would give instant feedback on whether that solutionwould work for them.

This eliminated the need for weeks of back-and-forth between employeesand IT people because both sides immediately talked about the issuestogether and sorted out clearly what was needed and which approacheswouldn’t work for users right off the top.

The result of all that pizza and deadline pressure? IT cases withinIntuit were resolved in just one day instead of eight weeks. Obviouslyit’s an extreme approach that can’t work in every business or company.But when time is money, as they say, it mght be worth trying.

Christine Wonghttp://www.itbusiness.ca
Christine Wong has been an on-air reporter for a national daily show on Rogers TV and at High Tech TV, a weekly news magazine on CTV's Ottawa affiliate. She was also an associate producer at Report On Business Television (now called BNN) and CBC's The Hour With George Stroumboulopoulos. As an associate producer at Slice TV, she helped launch two national daily talk shows, The Mom Show and Three Takes. Recently, she was a Staff Writer at ITBusiness.ca and is now a freelance contributor.
Previous articleRogers inks deal with Microsoft on Windows 8 and Windows Phone devices
Next articleAt $249, Samsung’s newest Chromebook is a cloud-centric bargain

Time for business to care about IT infrastructure: IBM

Employees want some say in their collaboration tools: survey

Half of security professionals want more from vendors, survey says