There was a buzz leading up to Intel Corp. CEO Brian Krzanich’s opening keynote for the International Consumer Electronics Show (CES) in Las Vegas that the chip maker was poised to enter the devices market.

Carefully worded quotes from Krzanich made in pre-CES interview with Re/code and republished elsewhere made it seem like the longtime chip maker based in Santa Clara, Calif. was ready to diversify into other products, namely wearable technology. The stage was set for the official opening of CES, a tech show so large that it is made to look small only when compared against its own hype. But when Krzanich busted out prototypes on stage, he perhaps created more questions than he answered.

The CEO showed off a smart headset named Jarvis, a bowl that would wirelessly charge your devices, and a baby doll wearing a smart onesie that would start warming up its milk if it woke up cranky. Krzanich didn’t give dates these products would hit retail shelves, but instead listed the partners Intel is working with to produce them. There was also Intel Edison, an SD-card shaped PC housing Intel’s Quark processor that runs Linux and offers Wi-Fi, Bluetooth, and a connection to an app store.

So is Intel going out on its own and making devices, or is it sticking with its role as providing the brain for other hardware vendors that put together computing devices?

“The truth is somewhere in the middle there,” says Graham Palmer, country manager for Intel Canada. “The wearable segment is a massive growth opportunity, everybody sees that. But it’s hard to break into because of the miniaturization required.”

Intel’s historic strength has been to build an eco-system of hardware vendors by delivering a product that addressed the needs they had in common, he says. Fifteen years ago Intel created blueprints for products in the laptop and desktop arena for its partners to act upon, and now it’s creating a vision for what wearable technology can look like.

“To me, it’s an evolution of what Intel has done in the past, in a new arena,” Palmer says. “We’re not in the space of developing end user products. We want to create the environment where other businesses can create them.”

Edison isn’t Intel’s entry into the wearable technology market either, but one step further. It follows predecessor Intel Galileo, a development board for wearable technology manufacturers that featured Intel’s architecture on an Arduino-compatible board. (Arduino is an open source electronics prototype platform with embedded environmental sensors.) Galileo was unveiled last May at Intel’s Developer Conference in San Francisco.

Then there’s Intel Capital, the global venture capital investment wing of the firm that created a $100 million fund specifically for wearable technology firms last year, and made a number of investments including two Canadian startups. Intel Capital invested in Waterloo, Ont.-based Thalmic Labs in June last year. It followed that with an investment in Vancouver-based Recon Instruments in September.

Intel’s role at Thalmic Labs is one of financial investor only, says Stephen Lake, co-founder and CEO of the firm. Thalmic is the maker of Myo, an armband that measures electrical activity in muscles in order to wirelessly control computers using intuitive gestures. 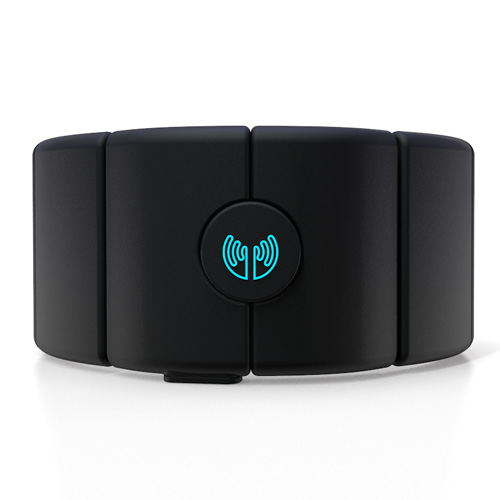 “It’s great from our perspective that companies like Intel are putting a focus on wearables,” he says. “It means more components and devices are becoming available for us to create these devices.”

While Myo is different from other wearable tech products showcased at CES, as its intended as a way to interact with computers, the hype at this year’s CES around wearables is good for business, he says. Intel’s introduction of an integrated device like Edison brings together the functions of several different devices into one form factor that would be useful to wearable tech manufacturers.

At Recon, making an augmented reality heads up display targeted at athletes such as snowboarders and cyclists, Intel’s role is similarly one of a hands-off investor. Edison is an interested innovation, says Hamid Abdollahi, co-founder and chief technology officer at Recon Instruments. 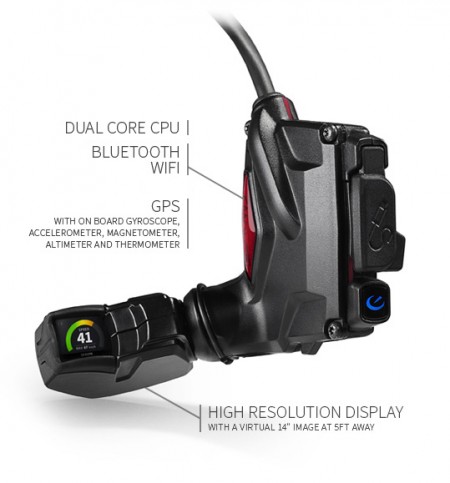 “It’s very similar to what Recon has been doing, but instead of using Quark as the brain, we’ve been using some other micro-processors,” he says. “The promise is there… the form factor and the experience Intel has.”

Recon is currently using Texas Instruments OMAP4 dual-core processors in its headsets, Abdollahi says. It was selected because Texas Instruments has a team dedicated to supporting Google’s Android OS with its OMAP processors, and Recon OS is a fork of Android that has been developed for the past three years. Intel’s Quark is interesting because it offers good power saving modes, he adds.

While Intel Capital’s investments don’t mean firms like Thalmic and Recon Instruments will be using Intel’s technology, it certainly wants to be considered. As the wearable tech market grows, Intel’s still looking for third-party partners to deliver products that consumers and businesses will buy, Palmer says. The chip maker will focus on providing the building blocks.

“We know we haven’t got all the answers, we want to partner with others in the broader eco-system,” he says.

Edison is an attempt to do that by offering a powerful, low energy computing platform in a form factor many have already designed for. Intel won’t require manufacturers to build new connectors, but rather allow them to use existing engineering to accept its SD card-sized computer.

“An SD form factor could easily be plugged into a coat, or a hat, or a glove,” Palmer says.

Intel will encourage those manufacturers in part through its Make it Wearable challenge announced at CES.

Brian Jacksonhttp://www.itbusiness.ca
Editorial director of IT World Canada. Covering technology as it applies to business users. Multiple COPA award winner and now judge. Paddles a canoe as much as possible.
Previous article
Q and A with Primus Canada’s new CEO, Michael Nowlan
Next article
Royal Canadian Mint readies its version of Bitcoin: MintChip