Injured military get a boost from Invictus Games coming to Canada 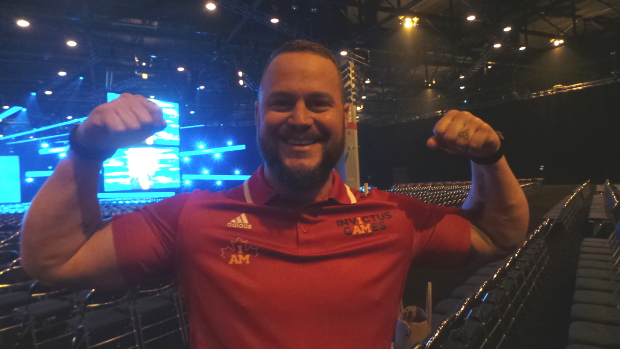 CHICAGO – It’s safe to say Bruno Guevremont knows how to deal with extreme pressure. He once took a vest loaded with explosives off a suicide bomber during a tour of duty in Afghanistan as part of the Canadian Armed Forces technical bomb squad.

Today, Guevremont runs a cross-fit gym in Victoria, B.C. as well as Team Canada captain for the upcoming Invictus Games. Guevremont was at the Sage Summit 2016 to raise awareness for the competition, which was started by British Royal Prince Harry.

The Invictus Games showcases top athletes from among the wounded, ill, and injured military personnel and veterans. The inaugural Invictus Games took place in London in 2014 and featured more than 450 competitors. The Invictus Games is coming to Toronto in 2017 and will be sponsored by Sage. The Toronto event will be held this September and will have more than 600 competitors from 16 countries competing in 12 sports.

Guevremont will be competing for Canada in indoor rowing. Guevremont said that sports and the Invictus Games became part of this rehabilitation process after he was injured in Afghanistan. He also owns a fitness gym and that too is an outlet for his rehabilitation. “It’s a way for me to connect with other people and other countries and their military people. Invictus brings us closer

“It’s a way for me to connect with other people and other countries and their military people. Invictus brings us closer with sport and this is important because it changes the lives of many athletes and families,” he said. “Their purpose is to represent their country on the world stage and gives them a task after their military service.”

Guevremont spent 15 years in the military. He joined the Canadian Armed Forces as a weapons technician assigned to paratroopers. From there he transferred to become a Navy diver and the bomb squad where his team defused more than 100 improvised explosive devices including that suicide bomber. But his military career did take a toll and Guevremont suffered from post stress disorder.

But the Invictus Games along with running his own gym in Victoria, B.C. helps Guevremont deal with his program. “Most people in the military work on tasks and when you are no longer deployed you feel broken, but now you have a purpose and the military works to serve a purpose and the Invictus Games is the right tool to break down these barriers,” he said.